I started having an interest in nature towards the end of my GCSEs. When I was 13, my family moved in with my nan to look after her, as she had been diagnosed with Alzheimer’s and lived alone. As her condition progressed, my parents spent most of their time either working or caring for her. My older sister and I had a 1 ½ hour commute to get to school, so I spent many hours either travelling, studying or sleeping. When I was 16, I decided to takeover looking after our garden so that we could have a respite place in the summer, and because it was becoming overgrown as my parents didn’t have time to manage it. After finding some books about gardening in the library and hacking away at some of the bushes, I tried to make the garden more wildlife friendly by putting a bird feeder on the hedge. I can still remember how excited I was when the first bird (a blue tit) landed on it. Slowly I came to realise that our East London garden had much more wildlife than I could’ve ever imagined. I then started taking a bird guide to our local park and began learning how to ID the birds that sat on the lake (which helpfully didn’t move too much) until I could name most of them. Being in nature provided a moment of stillness and calm that I didn’t really get to experience anywhere else and became a refuge whenever I became overwhelmed with balancing caring responsibilities and school stress.  My interest in the natural world only grew, so after spending lots of time trying to decide what I wanted to study at university, I figured I should go with the subject I loved the most, and so applied to study Biology at Oxford.

During my first few weeks in Oxford we went to Wytham Woods, where there is world renowned research in ornithology with long running blue and great tit surveys, and I got to hold and release a blue tit for the first time. It was an amazing experience, and really cemented that I wanted to get better at birding and find out how I could contribute to conserving birds. During my first Christmas vacation I saw that the British Trust for Ornithology (BTO) had put out an advert looking to recruit young people with an interest in nature to create a Youth Advisory Panel (YAP), to help guide their youth engagement programme and create a strategy to do this. After much, much deliberation I eventually decided to apply, although I felt like I was still very much in the beginning of my journey and so they would have much more qualified candidates applying. I had experience in youth engagement from a sports background, as I volunteered teaching golf for many years at my local golf club, qualifying as a Level 1 coach when I was 16. I was incredibly surprised when my written application was shortlisted for interview, and even more so when I was then invited to be part of the 10-person panel. Not long after our first meeting, the pandemic began, meaning it was 18 months until we could meet in person.

During our first few months as a group, we researched the barriers for young people to engage with nature, before then creating priority areas where we felt the organisation could have an impact. Among other things, the BTO uses the skills and passion of birdwatchers to advance our understanding of ornithology and produce impartial science, which is done by running citizen science surveys. We therefore want to create a diverse, inclusive community of young birders, with accessible youth-led opportunities so that young people have the tools to engage with nature and science. We presented this vision to the Board who steer the BTO, before being given their resounding approval to launch our projects. 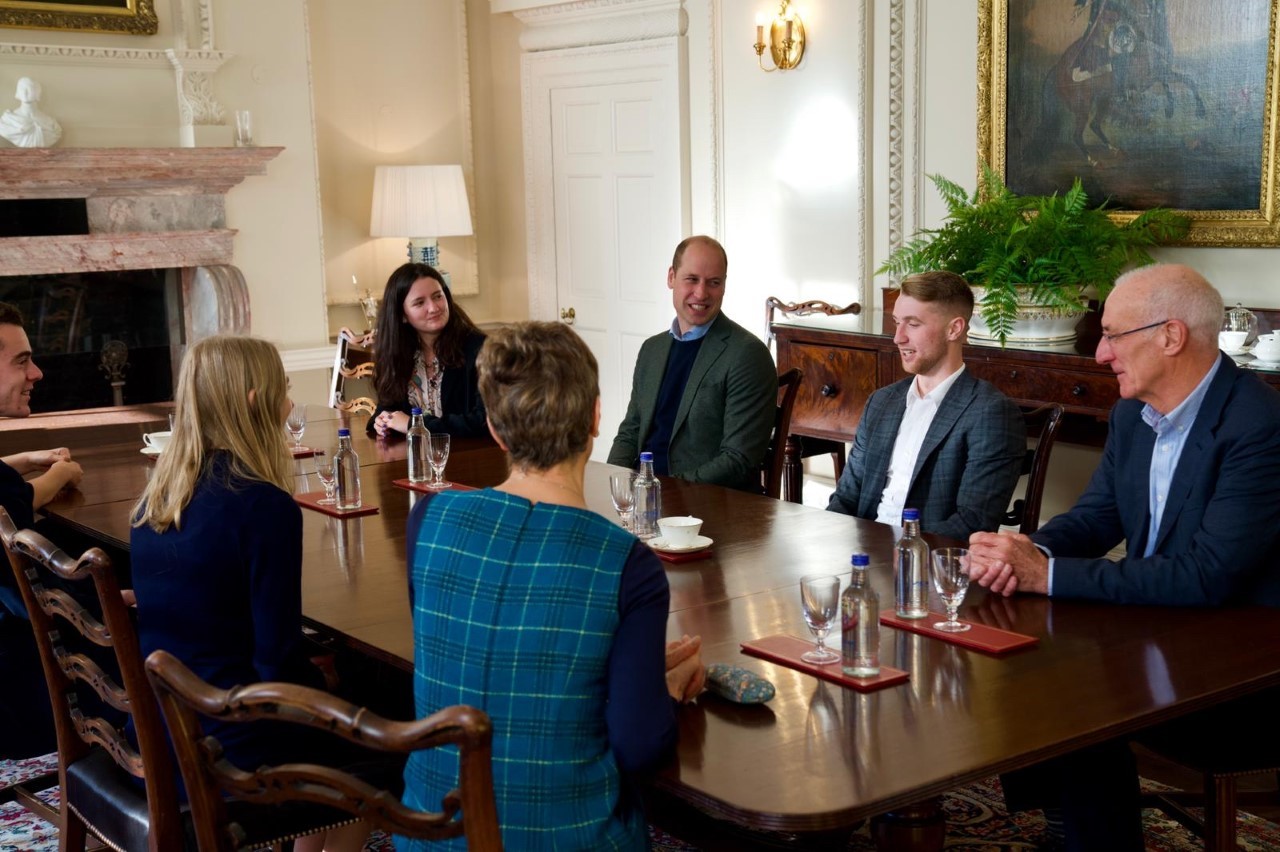 The first project we created was a Youth Representative scheme, where young people who have a passion for nature from around the UK work in their local areas to put on events, work with schools and create a local network of young birders. We now have 24 representatives around the UK and I am constantly inspired by how passionate they are about getting people outdoors and their knowledge of the natural world. In February 2021, we planned and launched an Equipment Donation Scheme where birders can donate their preloved equipment, which we then redistribute to young people and schools who would not otherwise be able to afford or access equipment. Now over 1300 young people have benefitted from this scheme and it is one of my favourite projects to be involved in, because the feedback we have received from both donors and recipients has been amazing. We also are currently running a free online training series called Birding 101, to help young people improve both their bird ID and knowledge of general bird ecology, as well as a Q&A series with experts from various fields called Nature Natters, all hosted and delivered by the Youth Representatives.

The BTO has also given us lots of training and we have had access to some amazing opportunities. 5 of us were invited to speak to professionals, charities and academics at the British Ecological Society Young Conference as keynote speakers, and we have also spoken to funders, donors, volunteers and staff across the organisation. In December 2021, 4 of us were chosen to speak to the new patron of the charity, the Duke of Cambridge. We went to Kensington Palace and described all the work we had done over the last 2 years, as well as the importance of citizen science in tackling the biodiversity and climate crises. It was pretty nerve-wracking, as it was the most trust that the CEOs had put in us so far, but definitely an incredible experience to represent the organisation at this level.

As a group, I am constantly amazed by how much we have been able to achieve during a pandemic, with almost all our meetings being online. From not having anyone at the organisation dedicated to youth engagement when we started, we have created so much work that we now have a team of 3 staff to keep track of everything and who work incredibly hard to turn our ideas into a reality. We now have a great community and I always look forward to our meetings, the highlight having to be our Christmas social. We have big plans for the rest of this year, but mostly I am so grateful to the organisation and the other young volunteers for how much working with them has allowed me to develop as a birder, biologist and person. Along with two other biologists at different colleges (who are also on YAP), we have set up the Oxford Ornithological Student Society (OXOSS) where we run weekly bird walks, talks and events for beginners and experts alike, which has been really fun and a great way to recover from an intense week. Oxford has so many chances to engage with birds and nature, whether it be a walk in Port Meadow, learning about them during our degree or conducting research at the field station in Wytham. Here’s hoping then that this year will be filled with many more nature walks, BTO meetings and moments of calm amid the busyness of Oxford life.