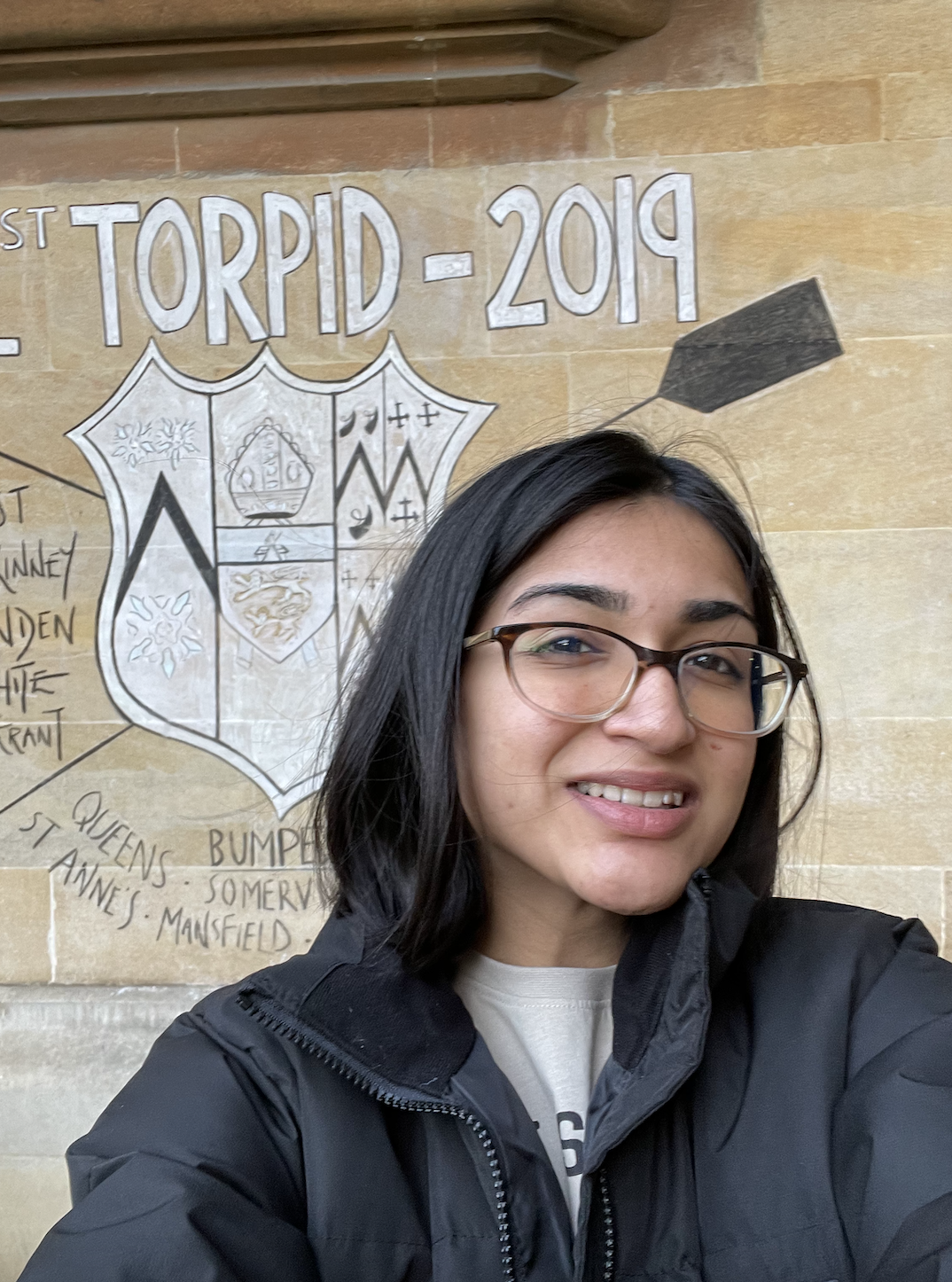 To say that I can’t quite believe that I’ve finished my first term at Oxford would be a colossal understatement - even as I type out these words and trawl through a camera roll densely populated with horrendously blurry photos that evidence what might very well have been the best eight weeks of my life so far. This last statement is not an indication of how tragic and boring I am as a person, I hope, but shows just how intensely alive and immersive Brasenose is as a community.

Beginning at Brasenose, I came with a suitcase full of reservations. In fact, I nearly didn’t come at all. What if I didn’t like the food? What if I didn’t make any friends? What if I couldn’t keep up with the work and everyone was smarter than me and I got in by accident and I would fail and be miserable all my life and… Spoiler alert! I quickly discovered that there wasn’t an ounce of truth (or rationality) in these fears - the hall food is fantastic, the people are unbelievably friendly and what I thought were my unique academic apprehensions are the shared concerns of nearly every fresher, Oxford or otherwise. You can’t underestimate the imposter syndrome we all feel! Perhaps the closest I have come to being right about something before I came to Brasenose was the feeling that I wouldn’t find anyone like me here. I haven’t, but equally, none of the people I have come to admire and adore here are like anyone else - we’re all different from each other in innumerable ways but this doesn’t get in the way for a second. Paradoxically, it is exactly this diversity that makes our community of Brasenostrils weirdly and wonderfully like home for each of us.

In many ways, Freshers Week is when beginning at Brasenose became a reality for me, as my parents began their drive back to London and I nervously made my way to the JCR (Junior Common Room). What followed was a week of finding out and forgetting the names of people who, unbeknownst to me at the time, were the same people who would get to know me so well in a matter of days and weeks that it was like they’d known me all my life. I guess that was inevitable: it was not only the very well-organised excitement of Freshers Week that bonded us but also the minutiae of the mundane everyday that followed - praising the excellent brunch in pyjamas, complaining about the reading at odd times in the library, struggling with uncooperative washing machines, etc. The truth about building friendships at Brasenose is that they just sort of build themselves. Through some of the countless clubs and societies, I found myself spending time and socialising with second and third years as well as fellow first years, which I found to be hugely refreshing after the somewhat insular social circle of just freshers (and also really helpful if they do your degree!).

On the topic of degree, here is something I have found myself saying a lot: “my brain feels like it’s physically expanding in my skull and it's the best feeling ever”. In full seriousness, I think I have learnt more here in a term than I thought humanly possible and I am acutely aware I wouldn't get that anywhere else. Yes, the library hours are long, the difficulties numerous and essay crises pretty much continuous, but I am so grateful for this opportunity to completely immerse myself in the subjects that I love immensely and be taught by experts and with people who feel exactly the same way. There’s no feeling that quite compares and no words that really can get across how wonderful it is. Of course, there is plenty of time for all the fun things outside of the academic side of Brasenose - one of the many highlights of my term has got to be the college BOPs (Big Organised Party I think?). The gist of a BOP is that its a college organised themed party that occurs three times a term and calls for major dressing up. And by dressing up, I don’t mean getting kitted up in your subfusc gown for a formal dinner. I mean dressing up as a banana (BNC BOP - dress as one of the letters), or as a candy cane (Christmas BOP) or as Jack Skellington (Halloween BOP). These are a brilliant, and frankly hilarious, way to let your hair down in a busy term of work and Brasenose does them best, if I do say so myself.

What I’m trying to say is that being at Brasenose has been one of the most fantastic experiences of my life and I’m so excited for what is yet to come here in this place that, after just eight weeks, has started to feel like home.