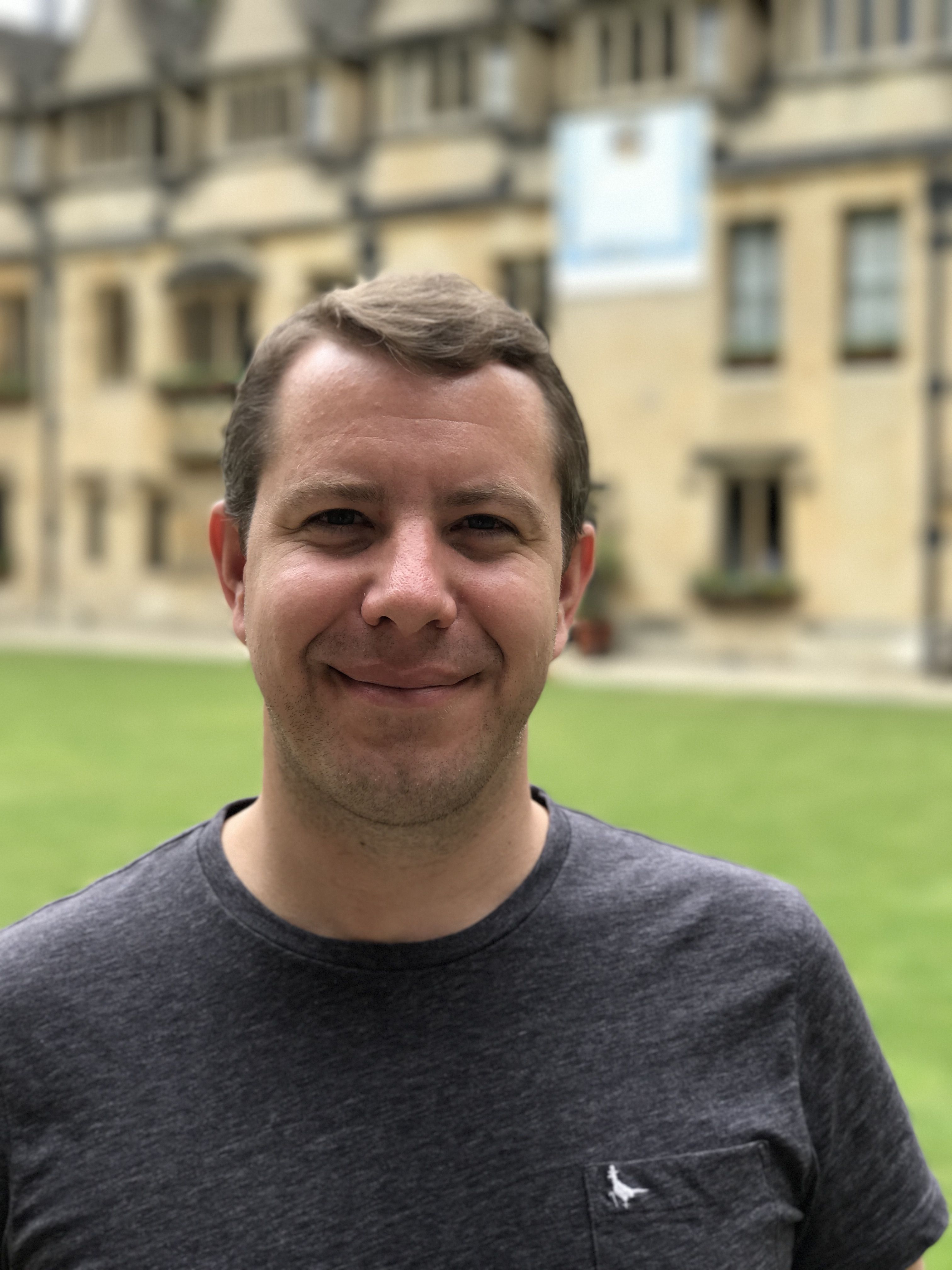 Geoff Bird is challenging our perceptions of autism and offers a message of real hope to those living with the condition and their families.

He’s a bit late and profusely apologetic, and unlike many Tutorial Fellows at Oxford does not have a room lined with walls of books. Professor Geoff Bird, Tutorial Fellow in Psychology at Brasenose College, has barely had time to turn the lights on since moving to Oxford at the start of 2017, hitting the deck running in the middle of an academic year.

The larger reason, I suggest, is that he’s a man with a mission, given that Oxford wants to be better known for its autism research.

‘Yes, I want to establish it here – it means applying for funds, building a database of volunteers for experiments, and acquiring the testing facilities we need. It won’t happen overnight.’

Assuming all that was in place, I ask rhetorically, what then?

He replies by noting a particularly satisfying experiment he conducted in 2010, that proved, with brain scanning (functional Magnetic Resonance Imaging is the full term, fMRI), that you can be diagnosed with autism but still show empathy. Equally and just as importantly, the experiment showed that non-autistics may lack empathy.

The condition that describes this lack of empathy is called alexithymia, and affects roughly 8% of the general population, says Bird. Autism affects 1% of the population. ‘Alexithymia and autism are completely independent of each other,’ he says, ‘…yet even now we are told time and again that autistic people lack empathy.

Of course some do, but many do not, and this is really important because it has large consequences for how they are treated by society and whether, for a practical example, they can volunteer their time or find work.’

The difficulty with alexithymia, Bird explains, is that it’s a newish concept having only emerged in the very late 1970s, and even then on the couches of therapists, ‘a psycho-dynamic Freudian thing…’ So to this day it does not appear in the Diagnostic and Statistical Manual of the American Psychiatric Association. Only in the past fifteen years have more established cognitive neuroscience studies been conducted on alexithymia, including Bird’s experiment of 2010.

About half the autistic population have alexithymia, when they have difficulty determining which emotion they’re feeling. ‘They’re not sure if they’re sad, angry or afraid – a moderate level of alexithymia – or at a more severe level they might not be able to distinguish between having an emotion and feeling hungry, for instance. What we’ve shown is that the supposed emotional deficits of autism are actually due to alexithymia.’

What follows is of great significance for society’s treatment of autistic individuals, but Bird is at pains to note that this theory has not been proven beyond doubt, but rather that he and certain colleagues have been working hard on defining alexithymia, and that they believe they have the explanation. ‘We wondered if it [alexithymia] rested on a failure of something called interoception, a term that refers to a person’s understanding of their internal state.’

He explains how interoception refers to how good you are at working out that you are hungry, or that your heart is racing, what makes you ‘feel an itch’ or ‘feel an achy muscle’? He describes these as ‘very specific anatomical pathways.’

‘So we wanted to then establish whether alexithymic individuals had a really poor ability to monitor the state of their bodies and lots of research later, we believe this is the case.’

‘It would appear that the interoceptive system is abnormal in sufferers of alexithymia, so they misclassify these signals from their body. If they are stroked by a parent they might feel pain.’

‘This is important. It takes you straight back to sleeping difficulties and other sensory symptoms reported by some individuals with autism.’

Professor Bird believes that over the next two decades, assuming that he is broadly right about the role of interoception, it will lead to pharmacological modulation – which in lay language means medical cures.

Taking the very long view, he notes that the 1960s saw incredible advances in understanding of autism, but that since then there has been very little advance. Yes, he notes, there have been excellent cognitive theories about what autism might be. ‘Yet for all that, we have no idea what the genes are for autism; we can’t find the brain abnormality for autism. We have really struggled to find the problem to be solved.’

His broader message to the community is that ‘individuals with autism are not unempathic, psychopathic monsters. This is really important. We can’t be wrong about that one. …I have heard so many stories about people who simply cannot get jobs or even volunteer their time because of this damaging myth, which causes additional frustration for the parents of autistic individuals. Individuals with alexithymia are also not psychopaths of course, although they may struggle to understand emotions in a typical way.’

Asked what he’d recommend as reading for a lay audience who are curious, he immediately mentions his former colleague at the Institute of Cognitive Neuroscience (ICN) at University College London (UCL), Professor Uta Frith. She is the author of OUP’s Autism, Very Short Introduction. He also recommends Steve Silberman’s Neurotribes: The Legacy of Autism and the Future of Neurodiversity, winner of the Samuel Johnson Prize in 2015.

While he is clear about his challenge at Oxford, to establish a reputation for excellence, he begins with one particular ally, Professor Russell Foster, also associated with Brasenose and Director of the Nuffield Laboratory of Ophthalmology and Head of the Sleep and Circadian Neuroscience Institute. When Oxford Today did a piece on his work about why we’ve lost the art of sleeping, it was very popular.

So the research around interoception concerns the whole population and not just sufferers of known dysfunctions – and at that point Professor Bird grins for the camera – he has good reason to be excited by his subject, not least because it has the promise of huge impact across a large population.