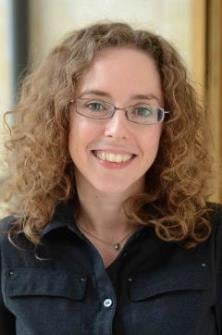 Dr Jones completed her BA, MPhil and DPhil degrees at Oxford (New College and St Antony’s College). She was the Harlech scholar at Harvard (1997-98) and held junior research fellowships at St Antony’s college (the Max Hayward fellowship) and Worcester College, as well as a fellowship at Princeton University’s Davis Center for Historical Studies. She taught for seven years at the School of Slavonic and East European Studies, University College London before taking up the Schrecker-Barbour fellowship and Associate Professorship at University College in 2012. Her research has been funded by the British Academy, CEELBAS and the John Fell Fund, Oxford.

Dr Polly Jones teaches a wide range of modern Russian literature and Russian language for the faculty and college. Her research interests are centred in 20th-century literature and culture, especially of the post-Stalin period (1953-91). She has published widely on Soviet culture and politics, including Myth, Memory, Trauma. Rethinking the Stalinist Past in the Soviet Union, 1953-70 (Yale University Press, 2013), The Dilemmas of De-Stalinization. Negotiating Cultural and Social Change in the Khrushchev Era (Routledge, 2006), The Leader Cult in Communist Dictatorships (Palgrave, 2004; with A. Rees, J. Behrends, B. Apor), a special issue of SEER on The Relaunch of the Soviet Project, 1945-64 (2008; with S. Morrissey, J. Fuerst), as well as numerous journal articles. She also writes regularly for the TLS and the Times Higher, and has appeared on the BBC talking about her research.

More broadly, her research interests include: Soviet literature (1917-91); the Gulag and terror in literature; memory and trauma theory; Soviet and socialist bloc propaganda and censorship; samizdat and dissidence; biography in Russian culture; Russian and Soviet historical fiction. Her new project examines the writing and reading of biography in late socialism, drawing on a wide range of Soviet archives as well as oral history. In connection with this, she organised a major international conference on Russian biography in Oxford in 2014 (http://www.univ.ox.ac.uk/univ-events/conference-writing-and-reading-russian-biography-19th-and-20th-centuries). She is also co-convenor of the TORCH-sponsored Russian and Soviet Cultural and Social History Seminar (http://torch.ox.ac.uk/russiansoviet) and head of the CEELBAS-funded ‘Russian Archive Training Scheme’, a Russia-based training program for UK graduate students whose research involves Russian archives. She is currently supervising graduate students working on the ‘third wave’ of emigration; Gulag fiction; and Cold War cultural politics. She welcomes research student enquiries on any topic in Soviet-era literature and cultural studies, and comparative work on the socialist bloc and memory studies.

Books and Special Issues of Journals

The Leader Cult in Communist Dictatorships. Stalin and the Eastern Bloc (Basingstoke: Palgrave, 2004). Co-edited with B. Apor, J. Behrends, A. Rees.

Policies and Practices of Transition in Soviet Education from Revolution to the End of Stalinism, special issue of History of Education, 2006. Co-edited with A Byford.

‘The Fire Burns On? The Fiery Revolutionaries Biographical Series and the Rethinking of Propaganda in the Early Brezhnev Era’, forthcoming, Slavic Review, 2015

‘The “thaw” goes international. Soviet Literature in Translation and Transit in the 1960s’, in A. Gorsuch, D. Koenker, The Socialist Sixties. Crossing Borders in the Second World (Indiana University Press, 2013)

‘Memories of Terror or Terrorizing Memories? Terror, Trauma and Survival in Soviet Culture of the Thaw’, Slavonic and East European Review, 82:2, 2008. ‘

‘“A Symptom of the Times”: Assigning Responsibility for the Stalin Cult in the Soviet Literary Community, 1953-64’, Forum for Modern Language Studies, 42: 2, 2006

‘Reimagining the Enemy. Soviet Images of the West after the Second World War’, in Drawing the Curtain. The Cold War in Cartoons (London: Fontanka, 2012)

‘Images of Stalin in the Khrushchev Era’, New Perspective, 2006