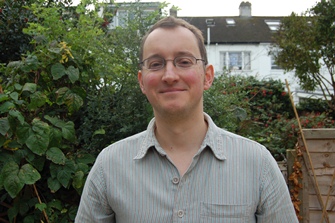 Tutor and Fellow in History at Brasenose, and Lecturer at St. John's.

I studied Ancient and Modern History at Oxford (1996), and then History and Anthropology at University College London before returning to Oxford for my DPhil in History (2002). I then moved to Cambridge, first to a Research Fellowship at Clare Hall, and then in 2008 to a College Lectureship at Churchill and Murray Edwards College. I joined Brasenose and St. John's in 2011.

My most recent publication is a theoretical book about religion and politics in the premodern world (Unearthly Powers – see below). This will be followed by a companion book, Converting Kings: Kongo, Japan, Thailand and Hawaii Compared 1450-1850 (Cambridge, forthcoming), about why rulers in some parts of the world converted to Christianity and others did not.

I initially specialized in the history of Sri Lanka c.1500-1650, which is when the island came under the influence of Portuguese imperialism. My work has increasingly adopted a more comparative or inter-disciplinary approach, and addressed such themes as origin myths, ethnic consciousness, and sacred kingship.