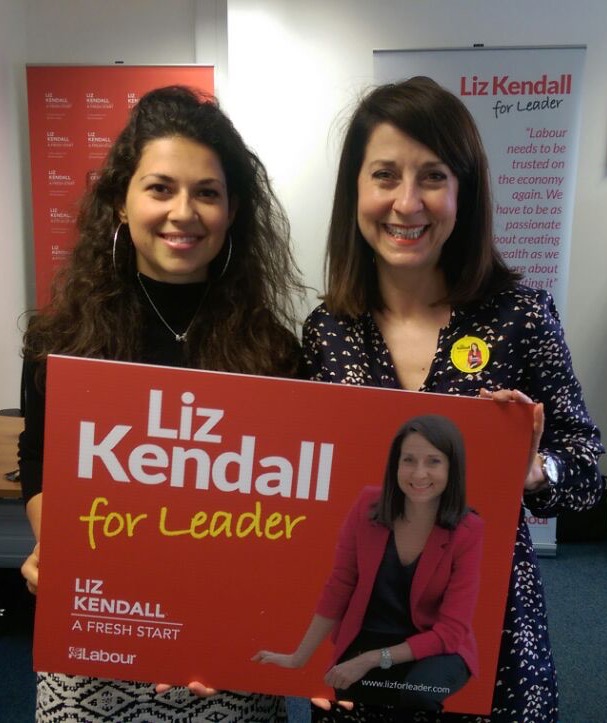 The three month long Oxford summer always seems a dauntingly long time, and the search for something productive to do is one with which I’ve often struggled. Travel is enticing but expensive, whilst lucrative corporate internships do not appeal to me, either for long term career prospects or as a summer earner.

Previous years have seen me dabble in trips abroad and unpaid work experience, but this summer I was searching for a bigger project. A life-long (all 21 years I reckon) fascination with politics meant that the Labour leadership contest presented an ideal opportunity to delve into the world of national party politics. So it was with much trepidation that I fired off a few emails to the Liz Kendall campaign office, offering my time and energy to help them in any way I could.

Having been a member of the Labour Party since I was 17 – I joined shortly after Ed Miliband’s victory in the last leadership contest, out of frustration at not having had a vote- I was obviously devastated by our defeat in May. However this disappointment, combined with a continuing belief that a Labour government is necessary for social justice in this country, merely crystallised in my mind the opinion that we could only win in England by appealing to many of those who had voted for the Conservatives in May. I concluded that Liz Kendall’s energy, bravery and honesty made her the candidate most likely to achieve that, and so embarked upon the whirlwind of the campaign with her team.

My role was very undefined, as circumstances changed daily according to the events of the contest and who was in the office each day. I answered primarily to the London Organiser, who delegated tasks to me according to what she needed doing.  As she generally had more than she could possibly do, she gave me a wide range of interesting tasks. I ran phone-bank sessions, which involves co-ordinating volunteers who would call members to find out which way they were intending to vote, and note down the answers they received. I would then update the database with the data received from these sessions, using the campaigning website 'Nationbuilder'.

More excitingly though, I helped to organise some of the London campaign events, which meant looking for appropriate venues, updating the website to advertise them, and scheduling emails to members inviting them to specific events, as well as monitoring responses - otherwise known as ‘capacity building’. The fast pace of the campaign meant that before I knew it I had been given a campaign e-mail address and was left to oversee a week of events in London whilst the London Organiser was on holiday! Even on the most boring of days, the general political conversation and strategic discussion in the office made it a fascinating place to work, and I attended many inspiring speeches and events.

A particular highlight (more like a high stresspoint) was a picnic in Dulwich for which I had to hobble across the park weighed down by orange juice, lemonade and various confectionery for whoever turned up. Once I had achieved this herculean feat (the shopping was larger than me) and thought my trial was over, I was tasked with gathering the invitees together before Liz arrived. However the arrival of some protesters wielding anti-Trident posters, keen to hijack our photo-opportunity, somewhat complicated matters. Soon I was wearing a smile and over-enthusiastically herding people across the park towards the biscuits in order to put some distance between them and the ITV news interview Liz was doing behind some nearby shrubbery, all the while trying to keep the protesters away from both areas. The Thick of It sprang to mind.

Finally, the culmination of my own personal experience was being asked to go on Channel 4 News to represent the Liz campaign on a panel of young people. Initially I laughed at the notion, but to no-one’s surprise said yes immediately.  So, with a huge knot of apprehension and anticipation in my chest, I was put in a mini cab and sent off to be interviewed by Cathy Newman and subsequently Jon Snow. Happily our section, much like the entire campaign as I look back on it now, came and went in a blur of adrenalin and compelling conversation.