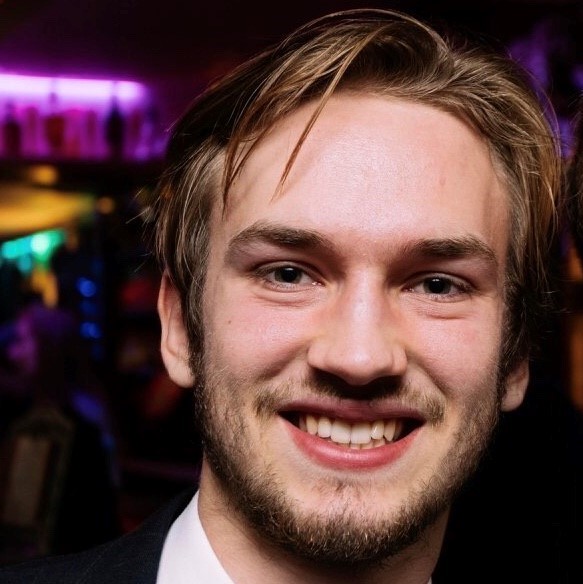 Two terms done and boy what a journey I have been on, up, down, backwards and lots of forwards!! From the outset I threw myself at every opportunity I saw; initially joining over 15 different societies (seven of which I still do today) whilst also juggling a heavy degree in mathematics and spending time socialising with all the lovely people I had met in freshers week across all year groups of the university. As you might expect this was a baptism of fire which at points may have been difficult to see through but I’m still standing  ;)  not least thanks to all the great people that were on the journey with me.

Before I arrived, all I kept on getting told by people that had done maths degrees was “maths is very different at university”; which is very true don’t get me wrong, but what they forgot to say was that the difference was you learn, in detail with every single step rigorously underpinned by proof, arguably the most elegant and sophisticated language of all; which describes the universe and everything in it. The first term was like a huge jigsaw unfolding before me with the greatest satisfaction coming about as the final pieces fitted together in the closing weeks. I was initially apprehensive at how I would fair at Oxford with my disability: dyslexia, whether I would be able to cope with the workload and still enjoy myself. Fortunately the College has a fantastic welfare system which directed me to the right contacts in the Disability Advisory Service and supported me through the process of putting in place measures to help me through my degree and exams. There's no doubt, this colossal effort of pulling the jigsaw together was largely underpinned by my Oxford tutorials; where leaders in mathematics which are capable of explaining the tricky concepts in enlightening ways, giving one on two lessons to underpin all the complicated ideas we wrestle with on a weekly basis. From here the second term built on these skills making it all the more smooth and enjoyable.

If I haven’t sold Oxford to you already purely based on a degree in maths then look no further than the fantastic extra-curricular opportunities. I was very fortunate that my state comprehensive could offer lots of extra-curricular music; playing the trumpet and cornet this was something I was very keen to continue with in University. I was not disappointed. In college we have a fantastic non-auditioning jazz band for which we rehearse weekly. This has given me the chance to really explore my love for jazz and improvisation (a skill which I lacked previously); though I still have a long, long way to go, It’s a wonderful way to let off some steam at the end of a long week. As well as Jazz band, College runs a great non-auditioning choir; though I hadn’t done much singing before, I was keen to give it a try and was pleasantly surprised at how much my voice had come on and how much I enjoyed our weekly service over the past two terms, despite not being particularly religious. Outside of College I joined the University Brass Band and enjoyed performing at our termly concert, at which I was overwhelmed by how many of my fantastic friends (people I had only known for seven weeks) had come to support me. In the second term the band took part in the annual Uni-brass competition against other university brass bands, which consisted of  a road trip to Bangor, North Wales, in the heart of winter. Though we may have spent the night sleeping on the flaw of a sports hall with nothing but a blanket we had a brilliant couple of days (we’ll beat you next year Cambridge!).

Sport was another thing I was eager to carry on with at University; previously being a keen rugby player I’d heard a lot about stereotypical Uni teams so was at first hesitant to join. Only after getting roped in one Saturday to help the numbers by a friend, was it that I realised what a friendly and encouraging environment it is. Ever since I’ve been an avid member of the Brasenose team. Squash, a sport of which I had only dabbled at with my dad in the past, is now a once weekly fixture minimum. Between matches against other colleges and friends, what may be thought of as a niche sport, is thriving at Brasenose not least thanks to the enthusiastic efforts of the squash captain and committee.

Outside of the traditional sport and music I’m an avid boardgame player always keen to teach people some of my favourites. Coming from a state school background I enjoy encouraging people like myself to apply to Oxford by helping with tours that are run in college for visiting schools. This push on access and outreach culminates with the annual interviews for the current year 13s over the Christmas break where current students can help look after the applicants while they stay in college for their interviews. I was eager to provide a calming voice in what can seem a very stormy time for the applicants (as I myself can testify). One of my highlights was on the penultimate evening when I ran a game of Avalon (a really fantastic card/board game) for 50 of the applicants.

In summary I can say from the bottom of my heart that I have had the most fantastic first couple of terms at Oxford and I’ve only just scratched the surface of what this fantastic City, University and community has to offer.