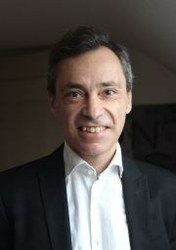 The seventh annual John Ackrill Memorial Lecture in Ancient Philosophy will take place at 5pm in Lecture Room XI at Brasenose College on Thursday 12th March (8th week). The lecture will be followed by drinks.

Professor Gábor Betegh will speak on the subject of ‘Colocation’. In this paper, Prof. Betegh presents a historical overview and analysis of the different arguments offered to justify the commonly shared intuition that two bodies cannot be in the same place at the same time. After highlighting the most important relevant texts from Descartes, Locke, and Leibniz, he turns back to Antiquity and analyses in more detail the origins of these arguments. Ultimately, Prof. Betegh will argue that the question of what can and what cannot be at the same place at the same time constituted a crucial motivation for distinguishing between different ontological realms.

Professor Betegh is the Laurence Professor of Ancient Philosophy in the University of Cambridge. He works in particular on ancient metaphysics, cosmology, theology, and the connections between ancient philosophy and the history of religions. He published The Derveni Papyrus: Cosmology, Theology and Interpretation  and co-edited with Julia Annas Cicero’s De Finibus: Philosophical Approaches (CUP, 2015). Prior to being elected in Cambridge, Prof. Betegh was a professor at the Central European University, Budapest.

Professor John Lloyd Ackrill, a leading figure in the study of Ancient Greek philosophy, joined Brasenose College in 1953 and became Professor of the History of Philosophy at Oxford in 1966. He published widely on Aristotle and Plato and, for over 40 years, he edited the Clarendon Aristotle Series, which are translations of Aristotelian texts accompanied by philosophical commentaries. The John Ackrill Memorial Lecture, inaugurated in 2009, is held in honour of the outstanding contribution he made to the study of ancient philosophy. The previous speakers are: Terry Irwin, David Wiggins, Richard Sorabji, Gisela Striker, David Charles, and Gail Fine.