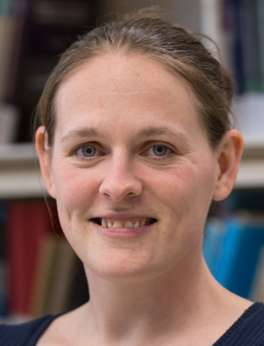 Professor Birkby studied for four years at Durham University where she received an MSci in Physics & Astronomy in 2007. She continued her passion for studying astronomy at the University of Cambridge where she received a PhD in Astrophysics, and from there she moved overseas to the Netherlands for a postdoctoral position at Leiden University. In 2014, her research interests took her across the Atlantic to Boston where she continued as a NASA Sagan Postdoctoral Fellow for three years at Harvard University. In 2017, she returned to the Netherlands as an Assistant Professor in Astronomy at the University of Amsterdam, and in 2020 her research brought her back to the UK as an Associate Professor in Exoplanetary Science in the Astrophysics department at University of Oxford and Tutorial Fellow in Physics at Brasenose College. She is an ERC Starting Grant Laureate with a research focus on exoplanet atmospheres.

Professor Birkby specialises in the observation and study of exoplanet atmospheres. She uses the world’s largest telescopes and highest resolution instruments to determine the composition and dynamics of the atmospheres of these other worlds, including finding water vapour and measuring the length of a day on distant alien worlds as they rotate and orbit other stars. Professor Birkby has a keen interest in connecting exoplanet studies with chemistry, geology, and biology in the pursuit of the answer to: are we alone? Professor Birkby’s research interests also include the study of very low mass stars, the most numerous but enigmatic stars in our local stellar neighbourhood, as well as aiding in the design of new instrumentation to study exoplanets. Her goals are to understand how the incredible diversity of the exoplanet population was formed, and to survey the very nearest terrestrial exoplanets with the upcoming generations of Extremely Large Telescopes (ELTs).