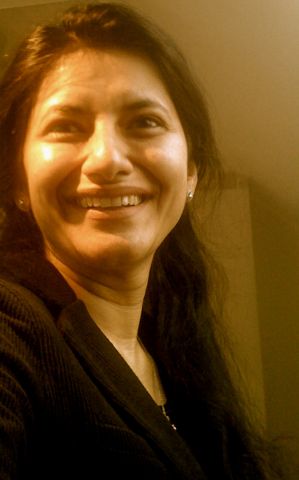 Prior to starting the DPhil in International Development at Oxford in April 2002, I did MPhil in Development Studies at Cambridge. Since completion of my D.Phil in early 2006, I have held two major ESRC fellowships and now manage an ERC Starting Grant.

I teach on MPhil Development Studies degree and supervise MPhil and DPhil theses in the area of International Development. I also run the Gender and Development module every Hilary Term.

My primary area of interest rests in studying the role of ideas and beliefs in development processes and their evolution and change. Particular emphasis is on understanding the dynamic interplay between material and psycho-social incentives and the consequences of this for individual choices and collective development outcomes. I build large-scale comparative studies combining ethnographic and survey data.

Currently, I am directing a five-year major research project: Changing Structures of Islamic Authority and Consequences for Social Change - A Transnational Review (CSIA). The project maps the scholarly debates within the most influential Islamic scholarly platforms in the world today to see how responsive they are to changing societal context. This textual analysis is followed by survey and ethnographic fieldwork with young Muslims to understand how individuals choose to follow one Islamic scholarly tradition over another. The project is supported by a 1.4 million euro European Research Council (ERC) Starting Grant.

I have recently also completed a monograph in which I examine the factors leading to emergence and spread of female Islamic education movements across the Muslim world since the 1970s. Other areas of research interest include aid effectiveness and cooperative behaviour.

I routinely advice international development agencies on education sector reforms in the developing countries. Between 2008-2016, I advised on one of the largest education sector support programme launched by the UK Department of International Development (DfID) in Nigeria. Under this, I designed a number of interventions aimed at improving primary education provision and quality in northern Nigeria. One of these interventions has been profiled by the ESRC as being amongst the best examples of social science impact.