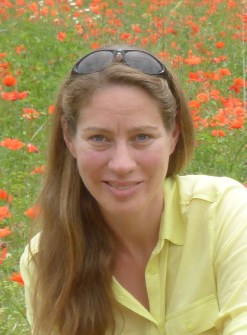 Fiona undertook postgraduate studies in Social Science (Open University) and Research in Human Geography (University of Exeter), and completed her PhD at the University of Plymouth. During her doctorate, Fiona carried out research in South West France and was affiliated with Université Toulouse II - Le Mirail.

Fiona's research focuses on movements of people and is situated in two fields: international migration and transport studies. Her ongoing work on the migration of British people to France (as examples of intra-EU migrants) explores principles of European free movement, the negotiation of borders as well as socio-cultural forms of citizenship. Since the 2016 Brexit referendum, Fiona has been examining how Britons in France and Spain are responding to uncertain futures. Her work is part funded by the ESRC and examines issues of citizenship and activism.

Fiona's interest in mobility has led her into transport research. Fiona has published on the economic impacts of both light rail transit and bus rapid transit and is editor of a forthcoming collection on Bus Rapid Transit (Edward Elgar Publishing). Fiona's work in this field also speaks to policy-making and she has presented research to the Parliamentary Light Rail Group, as well as contributing to projects on light rail in the UK and Oxford.

Ferbrache, F. and Yarwood, R. (2015) Britons abroad or European citizens? The negotiation of (trans)national space and citizenship by British migrants in France. Geoforum, 62: 73-83.

Ferbrache, F. (2011) Transnational Spaces within the European Union: the geographies of British migrants in France. PhD thesis. University of Plymouth.