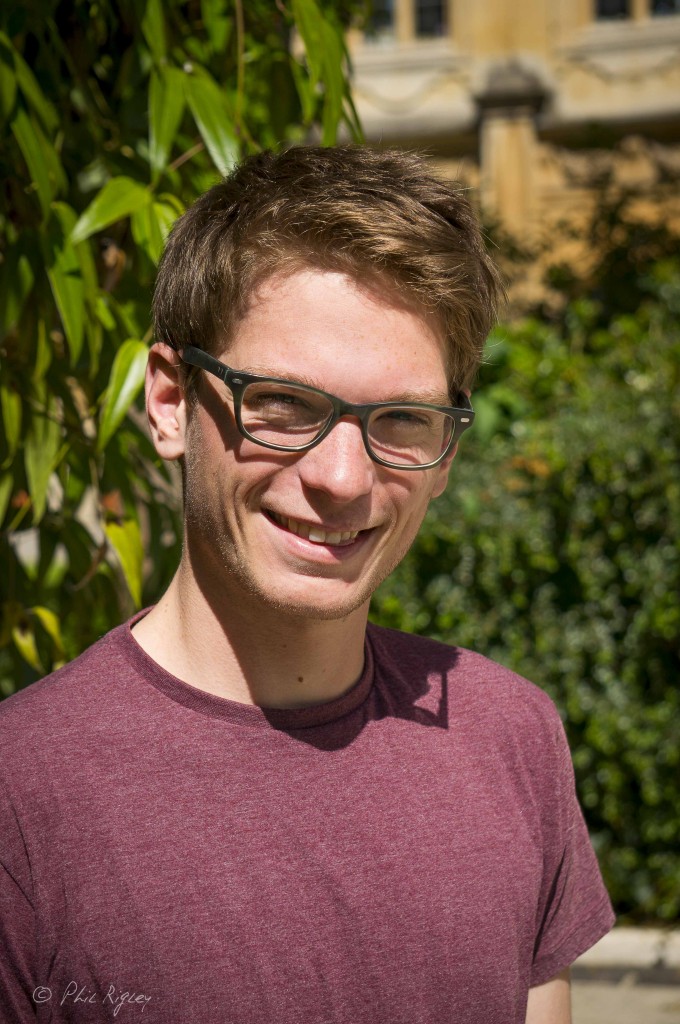 Watching TV shows with occasional binges. Running - clears my head. Going out for pints. When I'm at home in Prague, then I'm going out for many pints. Reading graphic novels and webcomics (like Maus, Persepolis, Wondermark, xkcd)

I came to a university Open Day and found Brasenose wonderfully different from the rest of the colleges - it was the only place at which I could imagine spending a few years. There was just the right amount of self-irony and ease. Maybe it was just superior organisation of the event, but it convinced me.

Yes. There are a lot more students than I expected, for some reason - perhaps I thought the town would be a few hundred people in tweed muttering to themselves in dim corners. In reality, that's just about 30% of the experience. There are actually lots of students who aren't "academic" in the rigid sense at all. At first I was somewhat disappointed (I'm more of the tweed freak kind), but then I found out there are really interesting conversations to be had with almost everyone.

The English department at Brasenose is brilliantly balanced, I think - we get a taste of medieval enthusiasm, Shakespearean insanity, modern theory and most other things, and the tutors really complement each other. I get a sense that they usually think about the course as a 3-year intellectual experience, rather than a crash-course in literature; sometimes it works out, sometimes it doesn't, but it's definitely worth it.

Generally, it's nice to have everything so close by, and accommodation is mostly excellent. The hall has great food, which thanks to being heavily subsidised keeps budgeting less painful than it could be. Mainly, however, my impression from the initial Open Day still lasts, two years in: I find Brasenose to be genuinely open-minded and functioning as an institution and a place to live in.

Genuine intellectual curiosity. I think it's one of the most difficult things to keep going. But if you're able to be really interested in discovering stuff about stuff, this place can offer loads.

The perks are by and large the fact of English being the best degree going. It's intellectually rewarding, aesthetically fulfilling, and, if you want it to be, extremely challenging. There is everything: history, theory, science and psychology, all measured with and against a poem. It's an exercise in time-travel, and in empathy overcoming vast differences in culture, space and time. I would actually bet good money on English graduates being statistically the most satisfied with their lives decades on.