Politicians visiting:
Lord David Blunkett gave an intriguing talk to the PPE Society in the Chapel on the Friday of First Week and was a great hit with all who attended. Under the theme of whether there was a terminal decline in social democracy, he spoke engagingly about his life and his views on the current state of the Labour Party. At dinner afterwards, he spoke of the values which he has clung to throughout his career.

Earlier in the day (and to demonstrate the College’s impartiality), David Cameron, an Honorary Fellow since 2006 came in to see me. He was noticed walking round the quad by several students, and before you knew it his visit had been spread on Facebook and Snapchat.

The College silver:
Joe Mordaunt Crook our College historian presented a fascinating session for tutors on the College silver with many and varied silver pieces displayed on the large table in the Old Senior Common Room. Those which caught the eye most were the very old Silver chalice cups; the civil war pieces and the replica of the FA Cup which was presented to Oxford University who were the first winners of the trophy. Somehow (and one should perhaps not delve too deeply) the replica finished up in Brasenose. Guests were not allowed to take any silver home with them! Some of the pieces are on what is called the Principals’ List, which means they are mine, but I could not really take them home either.

Other events:
We held an excellent retirement dinner for our four departing tutors, Lesley Abrams, Maria Chevska, Richard Cooper and Susan Wollenberg. It was a wonderful evening.

We are organising trips round the building works which are progressing towards the new library. It was possible to ascend an enormous ladder to see the extraordinary multi coloured panels and plasterwork on the ceilings (pictured) 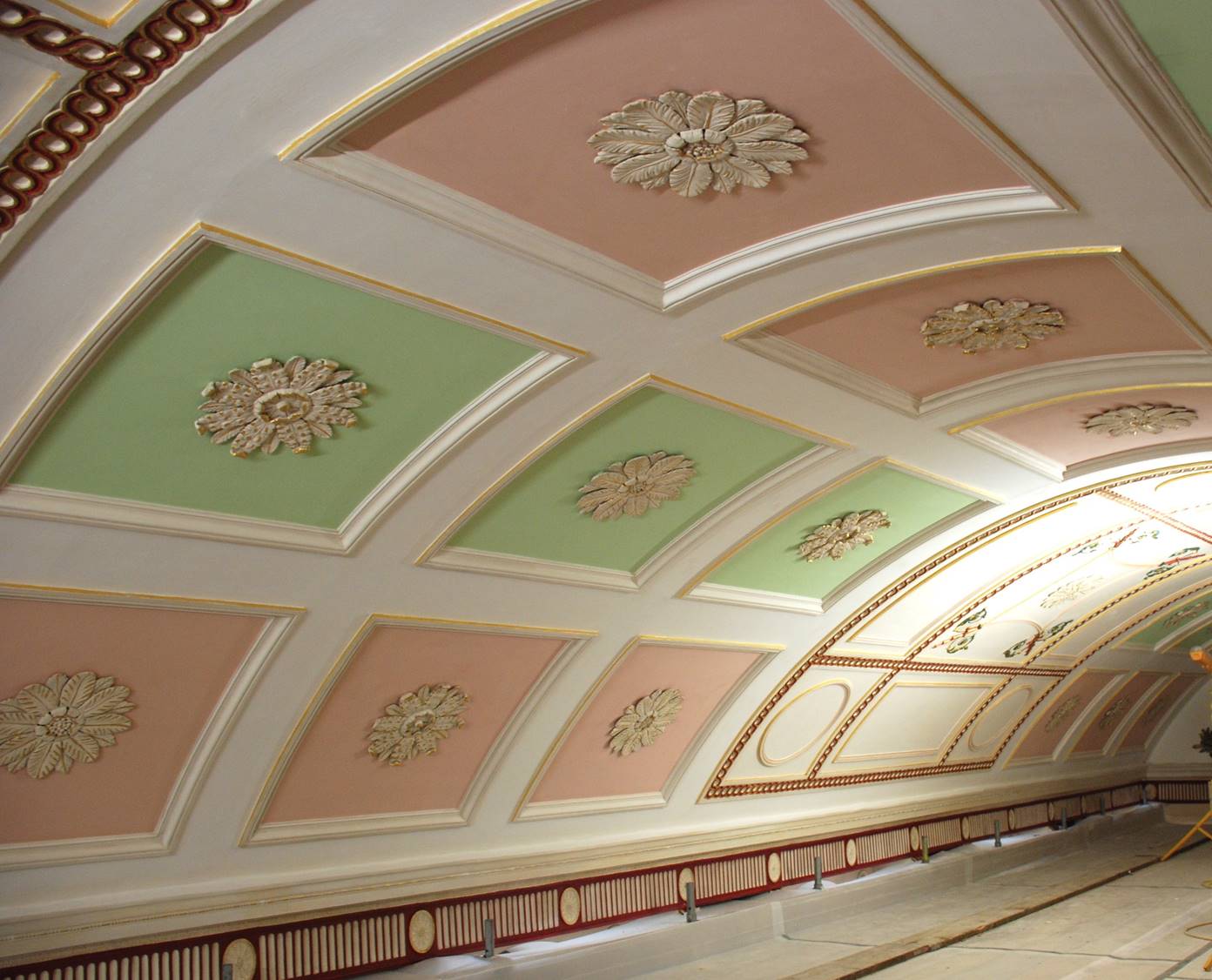 I try to go to as many lectures as I can as and when Principalian duties allow. Few have been as stimulating as seeing Branko Milanovic Presidential Professor of the City University of New York speaking on Global Inequality: a new approach for the age of globalisation at Examination Schools. This was put on by the Martin School and I was lucky enough to be invited to the dinner afterwards. A tense discussion took place on the consequences of Brexit around the table.

Many congratulations to Alexandra Marks long serving Secretary of the Brasenose Society who won a Law Society Lifetime Achievement Award.