Three Brasenose Undergraduates played in the thrilling 2010 Rugby League Varsity match, which ended with Oxford coming from behind to beat Cambridge 32 points to 22. In a disastrous opening period, the Dark Blues found themselves down 16 points to nil. Yet, the team clawed their way back into the match during the final minutes of the first half, and then powered into the lead during the second half.
Read more: Brasenose Undergraduates in rugby league Varsity victory

Brasenose Graduates knocked out in ‘Only Connect’

The ‘Brasenose Postgrads' team of Chris Tudor (MPhil Ancient History), Chris Lustri (DPhil Mathematics) and Amy Koenig (MSt Classical Literature) have been knocked out at the Quarter Final stage of the BBC4 TV quiz show, Only Connect. Only Connect is hosted by Victoria Coren, and asks teams to make connections between seemingly unconnected things.
Read more: Brasenose Graduates knocked out in ‘Only Connect’

Professor David Wiggins delivered the John Ackrill Memorial Lecture at 5pm on Thursday, 11 March at Brasenose College. The lecture, entitled "Knowing how to and knowing that" addressed epistemological controversies of practical knowledge; drawing on Aristotelian insights to defend the tenability and importance of Ryle's knowing how/knowing that distinction. John Lloyd Ackrill, a leading figure in the study of Ancient Greek philosophy, joined Brasenose College in 1953 and became Professor of the History of Philosophy at Oxford in 1966
Read more: John Ackrill Memorial Lecture in Ancient Philosophy

An essay competition has been inaugurated in honour of Professor Vernon Bogdanor, Tutor in Politics. The competition, established by Jeff Rosensweig, a former student of Professor Bogdanor's, is open to any student of Brasenose College. Jeff Rosensweig is an American who attended Brasenose on a British Marshall Scholarship. The Marshall Scholarship was established for Britain to thank the US for the Marshall Plan, and Jeff has never forgotten the generosity of Britain in allowing him to study at Brasenose. Essays can be submitted on one of four contemporary political topics. There will be a prize of £750 for first place, £500 for second place, and £250 for third place. Professor Bogdanor joined the Fellowship of Brasenose College in 1966 and retires this year.
Read more: Vernon Bogdanor Essay Competition

The annual Ale Verses evening, held on Shrove Tuesday, was well attended by Fellows, graduates and undergraduates. Written by college members, the Ale Verses are satirical songs set to popular music and performed in Hall during formal dinner. The evening was presided over by the Brasenose Chaplain, Rev'd Graeme Richardson, with the Organ Scholar, Thomas Lowe (Classics 2nd Year), providing accompaniment to the Verses.
Read more: Ale Verses evening a success

Christopher Marlowe's Doctor Faustus has been adapted by Brasenose students for a new production, with nightly performances from Friday 26th February to Monday 1st March. The play was shown in the atmospheric Norman undercroft at Brasenose's Frewin Hall, where a lavish set had been installed. The play was directed, produced and marketed by Chris Kemp (MSt English) and Max de Vere (Mathematics 4th Year) and is their first ever production. The cast was made up almost entirely of Brasenose students.

The annual Brasenose Scholars' and Exhibitioners' Dinner was held on Wednesday 27th January. Over a hundred Brasenose Scholars, Exhibitioners, Fellows and Lecturers joined the Principal and Senior Tutor for the evening, to celebrate undergraduate and graduate academic achievement. Following pre-prandial drinks in the Ante-Chapel, dinner was served in Hall, culminating with a congratulatory speech by the Principal.
Read more: Scholars’ and Exhibitioners’ Dinner a ‘wonderful night’

Sir Moses Montefiore (1784-1885) was the preeminent Jewish figure of the nineteenth century: a humanitarian, campaigner for Jewish emancipation and a global celebrity. In MOSES MONTEFIORE: Jewish Liberator, Imperial Hero, Dr Abigail Green, Fellow in History at Brasenose College, re-establishes Montefiore's status as a major historical player. Drawing on source material from eleven countries in nine languages, Green's sweeping biography interweaves the public triumph of Montefiore's foreign missions with the private tragedy of his childless marriage, and brings the diversity of nineteenth century Jewry brilliantly to life - from London to Jerusalem, Rome to St. Petersburg, Morocco to Istanbul. 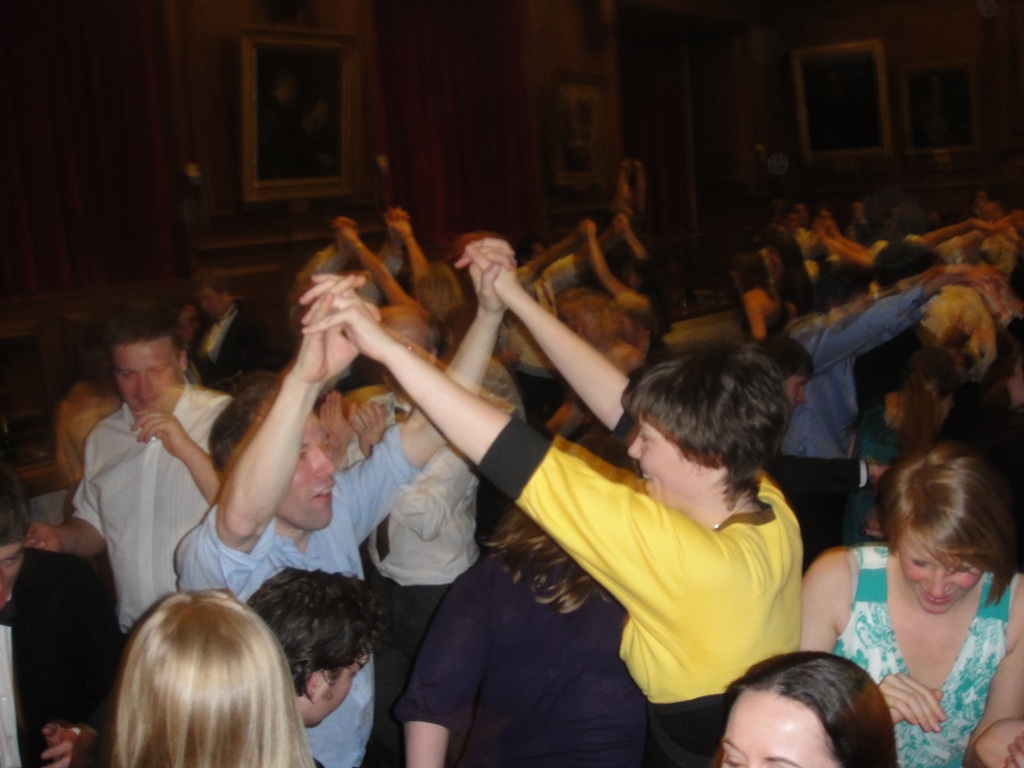 Saturday the 30th January saw another Burns Night Celebration at Brasenose College. The evening began with the traditional Selkirk Grace, the Piping in of the Haggis by Pipe Major Ian Knight of the Oxford Caledonian Pipes and Drums band, and a reading of Burns' Address to a Haggis by Brasenose Politics lecturer, Tom Lubbock. After a dinner of Scottish cuisine, entertainments included The Immortal Memory, a tribute to Robert Burns by Arvind Singhal (Medicine), and the singing of two airs by Hannah Grainger Clemson (DPhil Education).
Read more: Burns Night celebration

The speaker at College Prayers on Sunday 7th February was Dr Eliyahu Stern. The service began at 6pm in the College Chapel, and was open to the public. The talk was entitled 'I'm More Than That': The Sabbath and the Economic Crisis. Elli holds a Junior William Golding Fellowship at Brasenose College, and a Junior Research Fellowship in Modern Eastern European Jewish History at the Faculty of Oriental Studies. He writes on the emergence of traditional and secular worldviews in modernity. Specifically, his work focuses on traditionalism and enlightenment in eighteenth-century European history.
Read more: Dr Elli Stern speaks at Brasenose College Prayers

Music at Brasenose: the Wingfield Organ Day and the Platnauer Concert

Brasenose undergraduates directed and produced Far Away, a play showing from Tuesday 26th January to Saturday 30th January 2010 at the Burton Taylor Studio, Gloucester Street. Far Away is a one-act play by Caryl Churchill, which deals with themes of war, loyalty, and the human response to extreme conditions. The production by the Macondo Theatre Company will emphasise personal rather than political conflict in the play and share with the audience Churchill's joy in dislocating ordinary language and situations.

Brasenose Graduates triumph in 'Only Connect'

The ‘Brasenose Postgrads' team of Chris Tudor (MPhil Ancient History), Chris Lustri (DPhil Mathematics) and Amy Koenig (MSt Classical Literature) triumphed in the first round of the BBC4 TV quiz show, Only Connect. Facing strong opposition from the Choir Boys team, the Brasenose Postgrads came from behind to win by a single point by correctly answering the final question of the episode. The team progressed to the Quarter Final stage.
Read more: Brasenose Graduates triumph in 'Only Connect'

Visit by Her Majesty The Queen 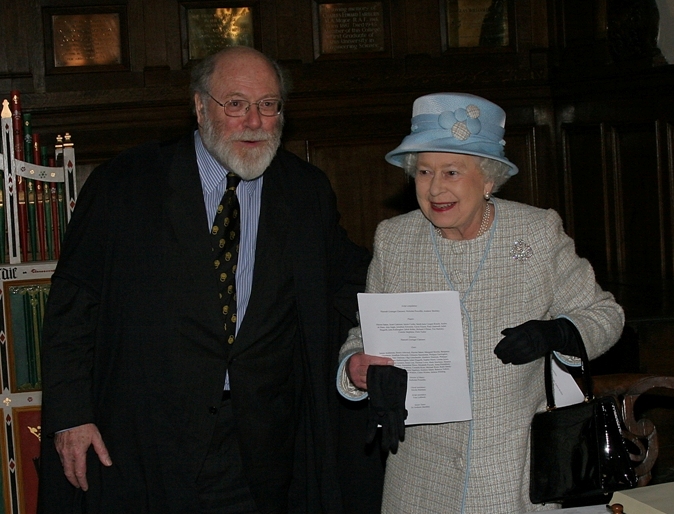 Her Majesty The Queen visited Brasenose College on the 2nd December 2009. This was her second visit to the College. As Princess Elizabeth, The Queen lunched in Brasenose when she visited the University in 1948. Other monarchs who have visited the College include Queen Elizabeth I, in 1562 and 1592, King James I in 1605, and King George III in 1786.

A large number of students, Fellows and staff gathered on Old Quad lawn to welcome The Queen to the College.

Read more: Visit by Her Majesty The Queen

The Leader of the Opposition, David Cameron MP, returned to Brasenose College on the 14th November 2009. He graduated in 1988 with a First Class honours degree in Philosophy, Politics and Economics. He spoke with the Principal and Senior Tutor, and with his former tutors, Vernon Bogdanor and Anthony Courakis, before delivering a brief speech in the Sheldonian Theatre to more than 450 members of Brasenose College. This included most of the College's undergraduates and graduates together with many of the fellows, lecturers and staff.
Read more: David Cameron returns to Brasenose

Brasenose students Sarah-Jane Cooper-Knock and Jenny Foreman cycled from Land's End to John O'Groats this summer in aid of the Anthony Nolan Trust.