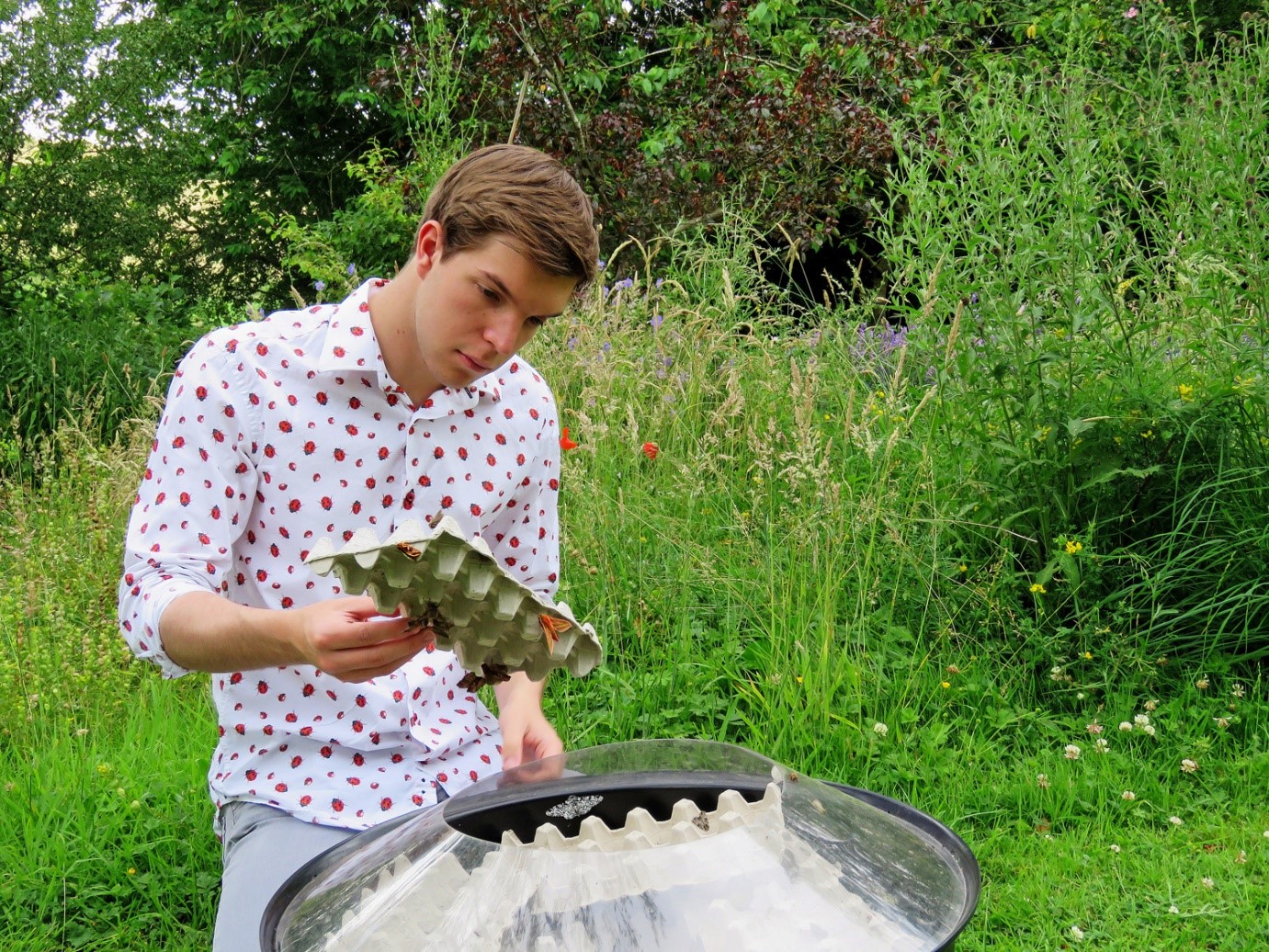 We were shocked and deeply saddened to learn of the recent sudden loss of Douglas Boyes. Douglas studied Biological Sciences at Brasenose, graduating in 2017, and stayed on for a MSc in Biodiversity, Conservation and Management.

Since 2018, Douglas had been studying for a PhD at Newcastle University, working with the UK Centre for Ecology & Hydrology (UKCEH) and the charity Butterfly Conservation. Building on his lifelong interest in butterflies, moths and their conservation, Doug’s research focused on the effects of light pollution on moth populations. His paper reporting this work was published in August 2021 and received major media interest, showing for the first time that streetlights have a major negative impact on insect abundance. He also discovered that ‘environmentally friendly’ LED lights are even more detrimental to moth populations than old-style sodium streetlights.

Alongside his PhD research, Douglas was working closely with Oxford colleagues on the Darwin Tree of Life project, helping to sequence the genomes of UK moth species.

A gifted natural historian from an early age, Douglas was an active volunteer for conservation and biological recording charities, and taught butterfly and moth identification and ecology for the Field Studies Council. With a passion and great talent for communicating science and natural history, he engaged countless people through his twitter account, blogs, talks and interviews, but was never afraid to challenge misrepresentations of scientific evidence.

His friends at Brasenose will miss him enormously and remember him as a supremely talented, enthusiastic and dedicated young scientist and a kind and generous colleague.