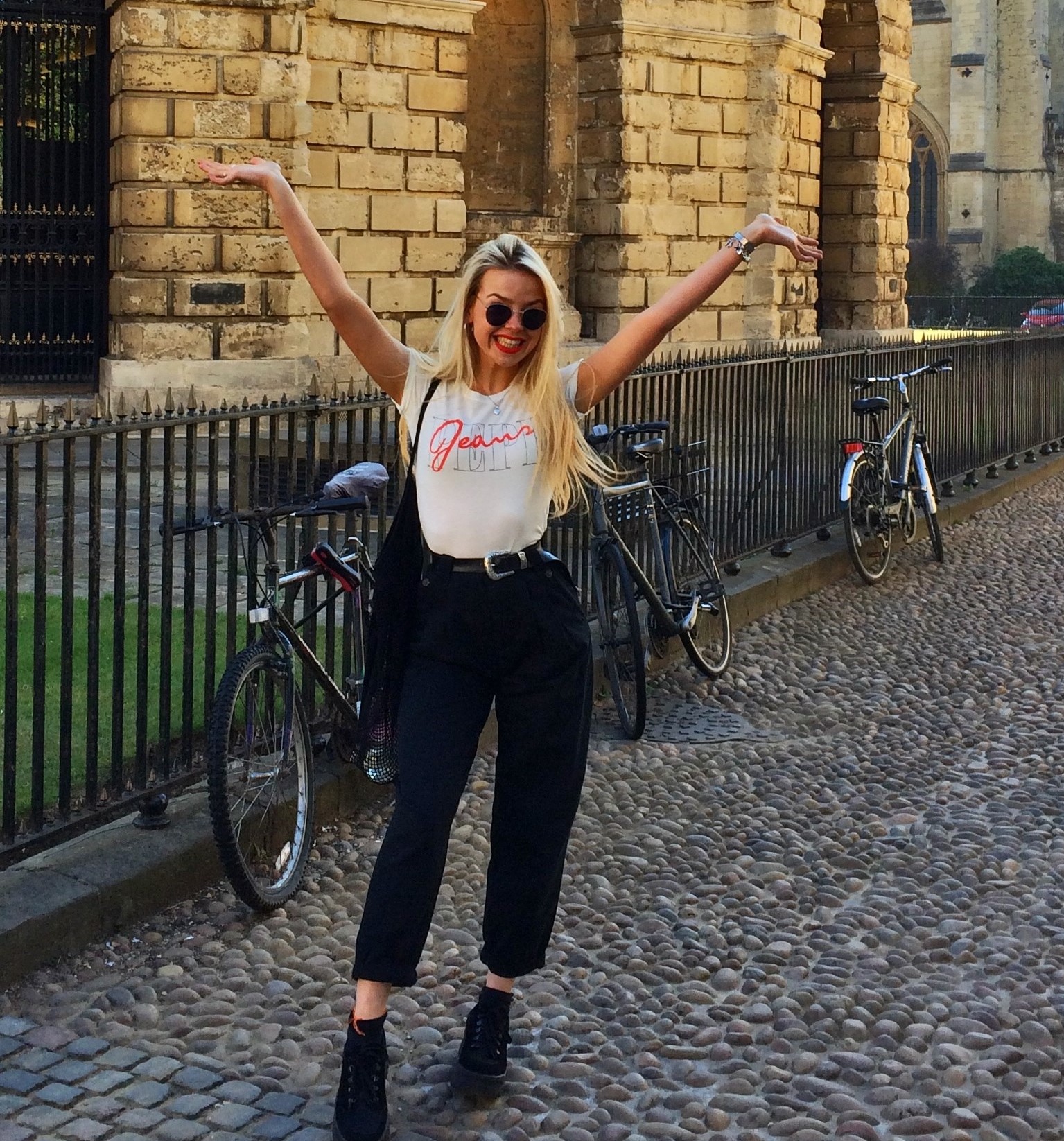 Don’t get me wrong, my circumstances are far from that of the Northern proteges of my beloved kitchen-sink dramas- I haven’t found myself barricaded by an unsupportive family; I come from a single-parent albeit a University educated one, I don’t work to make ends meet but for pocket money, and at least my two up- two down has heating. But the wider philosophy of North-East (when it comes to education) is straight out of a Keith Waterhouse novel. There is undoubtably a chip on the shoulder of plenty of disgruntled communities who feel detached from anything relating to metropolitan pursuits, including higher education. ‘What’s your insurance choice? Have you got a contingency? It’s not the end of the world if you don’t get in you know’… blah blah. These kind of responses are exactly why I was reluctant to tell anyone about my Oxford application. I knew that this doubt wasn’t an affront to intellectual ability (mostly), but derived from the wider misconceptions that surround Oxbridge and higher education. In my mind, people either thought I was a total egotist applying to Oxford in the first place, or that I had a cat-in-hells chance of getting through the first stage of the application, because Oxford writes off any student who doesn’t represent a squeaky clean academic and personal history.

Wrong, for starters. Or, that if Oxford did consider me, it was out of the goodness of their heart- as one of my Sixth Form peers commented, if I did succeed in my application it was ‘only because I'm a girl and I'm poor’ (I quote). I couldn’t win, and kept my application from popping up in conversation at all costs. I managed pretty well, considering I’d already experienced the odd raised eyebrow regarding my UNIQ Summer School place. Instead of looking upon the scheme favorably, I was met with a few pitying smiles, as if Oxford was kind enough to put up a disadvantaged student for a week and I was naïve enough to think they’d let me in permanently. Unsurprisingly, the hospitality (alongside the academic stimulation, excellence of the Student Ambassadors and the inclusivity of the scheme) contributed majorly to my pursuing an application.

Of course my own self-doubt was bad enough without being deemed a know-all snob who will eventually lose touch with her ‘roots’, but when a place at Oxford could genuinely change the course of your life and save you from working in any one of the limited mass-employers in the area, the absurd embarrassment is worth it. The way some locals feel towards their North heritage and it's industry is immeasurably strong, and it’s no wonder, when my area has been economically and culturally dissolved over the last century. Unfortunately, this comes hand in hand with alienation and isolation- some Northerners understandably want to hold onto the dregs of our eroded regional identity, but see anything different as a threat to it. Was Durham not good enough for me? It’s prestigious enough. I felt a small tinge of guilt as some comments like these were made, knowing that all my University choices were deliberately Southern. Oxford as a city, alongside it’s academic excellence, was the escape I was itching for.

Fast-forward then, post personal statement ordeals (the first time in which my passion for George Bernard-Shaw and gritty British comedy had induced imposter syndrome) and power reading the Brontë’s in between bar shifts, I had to choose a college. My Sixth Form did try and alleviate our insecurities by suggesting the most Geordie-tolerating colleges, the biggest bursary givers, the most progressive and less likely to give us a hard time on arrival. Apparently. However, having visited Brasenose on the worlds hottest Open Day, the mix of eager students, sun-kissed stained glass and an untouchable set of on site academics exceeded any pre-conception, positive or otherwise. Renowned as ‘the big one’, Brasenose (if it’s known at all) is known as by my peers, so now I wasn’t just applying for Oxford but I was competing in a league with past Prime Ministers and Walter Pater, both of which I’m sure wouldn’t do their main shop in Lidl.

The physical first impressions kept playing in my mind, and alongside my incredibly eager mum and a few cracking teachers I submitted my application for the happiest college in Oxford. Hey, if anything the dose of positivity alone was what I needed after the responses I’d had to my application. The waiting game of the process is probably one of the hardest parts, the months between submission and interview, interview and acceptance prove to be the perfect breeding ground for academic doubt. Waiting for an interview I was positive I wouldn’t receive was the first hurdle, but if anything my reflections on the interview process made my nerves even worse- my terrible bleached hair and a slight Teesside twang would be the final nail in the coffin, if the tutors weren’t already dissatisfied with my lack of canonical expertise. I felt as if the catch-up I’d had to play, making up for years of a restrictive syllabus and a huge gap in my reading had put me at a disadvantage. I knew I only had myself to blame, and failed to pinpoint where I’d been failed by both my comprehensive and Sixth Form education.

When I received a scaringly bulky package from Brasenose I was certain it was a 100-page document detailing how I’d misused terminology in my personal statement, that I didn’t pronounce my T’s, and by the way that lipstick definitely didn’t suit me. I don’t need to divulge in my disbelief when I found this topic matter to be lacking, replaced by an offer of enrolment. What I quickly realized is that my own doubt and imposter-like insecurities were in no way manifested from the actions or interests of the University. Instead, they had arisen from the kind of preconceptions and stereotypes that had surrounded by application, the notion that Oxford wasn’t ‘for’ me was incompatible with my place on a UNIQ Summer School, the active dedication the University pays to representation and with my eventual acceptance. Brasenose is a college dedicated to outreach and inclusivity-my anxieties didn't correlate with the realities because my anxieties are the 'norm' of a State school student, when the reality is a tangible norm for anyone. In this sense, some areas of the North are still clinging onto retro Oxbridge misconceptions- it’s disheartening to see that this dedication to outreach could be trumped by outdated falsities.

Instead of reflecting on the anxiety of a fate-tempting algorithm that disproportionately downgraded State educated and low ACORN scoring students, I look back on this summer as the ultimate opportunity I had to reverse any intellectual insecurities I was harbouring- when I arrived at Brasenose I had the same number of hefty 19th Century ‘classics’ under my belt as my fellow students, and for the first time, this number didn’t have to equate to my self-worth. Moreover, my entire class is made up of ‘normal’ students, an entirely female class . Personally, I knew the kind of jokes that make up the Young Ones script were based on dying stereotypes, so I’ll admit I felt little apprehension before moving in, but the security and comfort of equal peers with similar experiences to my own immediately helped me settle. The lingering whiff of imposter-syndrome was expelled in an early tutorial, when my tutor reassured me that I didn’t have to prove myself (I was guilty of overusing or more embarrassingly, misusing elaborate vocabulary in my essays)- I’d already proved myself and now I had the chance to relish some independence in my reading, writing and general interests. Alongside the overwhelming gratitude I already had (waking up in the morning with a view of Old Quad and literally feeling euphoric), I now felt a sense of belonging. Some positive comments from tutors, an engaging syllabus and diverse areas of study included me wholly- coming from the least culturally diverse county in the country probably sparked my excitement at studying literature written by marginalized writers. I never thought my circumstances would heighten my university experience, but pleasantly my birthplace usually acts as a conversation starter, rather than showing any parallels whatsoever to the kind of classism rife in other universities currently- but I knew Brasenose to be the unlikeliest breeding ground for bigotry from the offset. I have a room and a space of my own, I live in a vibrant and diverse city, with a college that reflects it perfectly. Although I’ll always honour the North and its contribution to my literary tastes, I feel more at home at Brasenose than I ever did in the town that didn’t understand or support my pursuits. I can only hope that students can see past these misconceptions and look towards the embracing reality of Oxford.