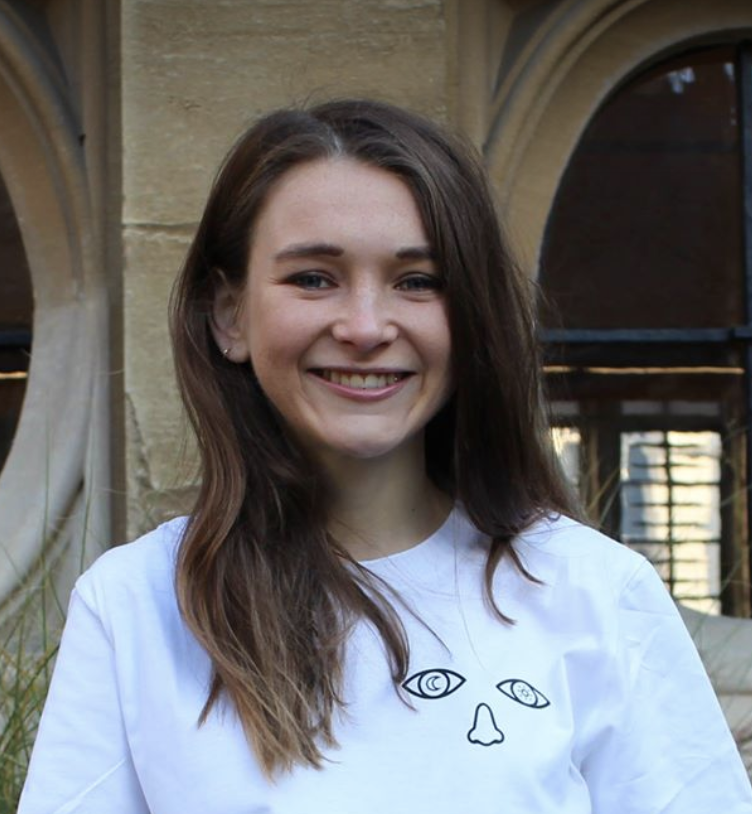 In summer 2020 Brasenose History student Sophie Gunning won the inaugeral Barbara Savage Prize for the best undergraduate thesis in Black History. Sophie writes about her experience writing her thesis, entitled, "A Taste of Freedom?" below. Brasenose College offers huge congratulations to Sophie on being awarded this fantastic new prize.

"As a history student you always know that the Hilary (Spring) term of your third year is the dreaded thesis term. You have eight weeks to produce a 12,000 word original research piece which can be about, basically, anything you’re interested in. The work really begins much earlier. In my case, by the middle of second year, I’d come up with several ideas none of which were feasible for reasons including: the sources were only available in a remote archive in rural Russia, the supervisor I approached about it was writing a book on the very topic, and most embarrassingly, in the middle of a meeting about the potential topic, I realised there was nothing really to say beyond what I had put in the initial email. I was in a bit of a flap even as second year came to a close, but after finishing a module on modern America in Trinity (Summer) term I knew I wanted to write about race and to write about it in a way which was different from some of the more classic texts I had read. I began to look into sensory history which aims to access the past not just through visual sources and eye-witness accounts but through the scents, tastes, textures and sensory experiences of individuals. My aim was to access the experiences and stories which were left out or suppressed in texts and sources written in a world where the default was whiteness.

After lots of stops and starts and support and patience from my supervisor Adam Smith, my thesis began to take shape. As my source base, I used the interviews taken by the Works Progress Administration in the 1930s of former slaves in the state of Georgia. These interviews have often been deemed of little use for writing black history since they were recorded predominantly by whites and involved individuals in their eighties and nineties recalling their childhoods from seventy years prior. Yet, I was conscious that these sources still held huge potential. I decided to focus on memory as a way of taking the potential pitfalls of the source base and turn it into a subject for examination and insight: what could we learn about the black community in the 1930s from their collective and individual memories of slavery? Food and sensory memories emerged as a key theme in these interviews because they were a prism through which the past and present were bridged in the minds of interviewees but also because they were a medium through which whites sought to continue slavery, albeit under a different, legal name: Jim Crow.

Accordingly, my thesis had four chapters. The first - ‘Memories’ - demonstrated how white Georgians used food as a medium for constructing their own version of the slave past which justified the Jim Crow system of racial segregation. Chapter Two - ‘Bodies’ - examined how pleasure and consumption allowed blacks to appropriate the commodification of their bodies, both in bondage and then in memory. Next, I looked at ‘Spaces’ and considered memories of plantation cooking spaces in relation to African-American identity and the spatial politics of Jim Crow segregation. The final chapter - ‘Emotions’ - demonstrated how emotions of love, comfort, and loneliness were key in shaping the articulation of memories of food, smells, textures, and tastes in the 1930s and how simply feeling constituted a challenge to white supremacy.

A few weeks after I submitted my thesis, the world was shocked by the tragic and brutal killing of George Floyd and the Black Lives Matter campaign awoke society to the entrenched and perpetual racism which exists in society today. A large part of this campaign involved drawing attention to the white-washing of history and the way that the past is continually used to justify and obscure the atrocities and prejudices of the present. Subsequently, in May, the History Faculty at Oxford held a meeting where students could raise their concerns, which ranged from the lack of diversity in module choices, lack of funding for research into non-white societies, and the lack of diversity in the teaching staff. The Barbara Savage Prize, which I was honoured to be awarded for my thesis, is one of the first outcomes of faculty reform regarding racial diversity and signals the faculty’s commitment to further change. Professor Savage, who was the Harmsworth Visiting Professor of American History at Oxford in 2018 and is a lecturer at the University of Pennsylvania, said of the prize, ‘The new Black History Thesis Prize is a step toward making this field more visible at Oxford.  Black history offers opportunities for exciting new research across time and space.  The prize also signals that Black lives mattered in the past, too.  History always teaches us about the present.  We cannot understand the nexus between racial legacies of the past and the pressing current moment without knowing that history.’

Writing my thesis ended up being a highlight of my degree at Oxford but also one of the most challenging things I’ve ever done. I have a few top tips for students about to embark on their theses that I wish I had known when I began.