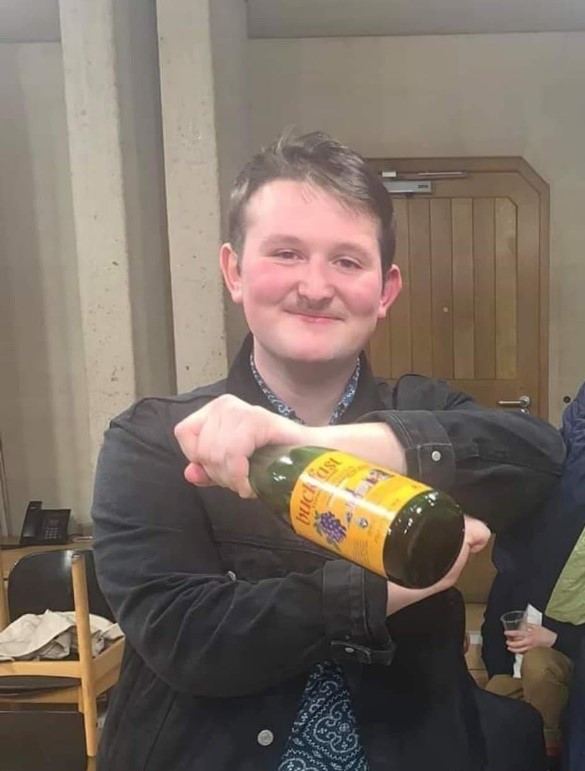 Coming from a rehousing council estate in the east-end of Glasgow, from a working-class family in which no one has gone to university, the image of an Oxford application was one of unattainability and pointlessness. In fact, prior to discussions held with my incredibly supportive history teacher, May, during breaks in teaching, the thought of applying had never crossed my mind. When the suggestion that I should consider applying was proposed, numberless warning signs and roadblocks instantly flooded my mind. No idea affected my pre-application mindset more, however, than the guttural, subconscious notion that I would not fit the ‘Oxford mould’; that Oxford wasn’t for ‘people like me’. It is the societal prevalence of this idea, firmly ingrained in the mentality of whole communities like my own and the psyche of so many exceptionally talented young people, that excludes so many bright and deserving young people. A change in the public perception of Oxbridge could result in so many more young people, from historically disadvantaged classes, receiving the educational and consequently, the societal privileges they have been so often disqualified from. Thus, through articles like these, we look to paint over the picture of toffishness and prejudice that is so closely associated with Oxford.

While many of my current peers, from a relatively early age, will have received encouragement from both their schooling and personal communities to apply to elite universities throughout the UK, this kind of institutional reinforcement simply does not exist in many, large subsections of Scottish society, particularly for state-school students from disadvantaged areas, like my own. However, through May’s* positive reaffirment and my own, personal research into Oxbridge, I decided to apply and was, evidently, successful. If I could offer 17-year-old Chris one piece of advice, it would be, despite how cringy it may sound, to be yourself. Oxford interviews are not about finding applicants with the most facts memorised, or the ones with the most proper accents – in fact, despite retaining my thick Glaswegian accent to this day, I get by just fine. The interviewers are, primarily, looking for passionate applicants that have a stimulating thought process, that they can have an interesting conversation with. Oxford tutors are looking for students they will both intellectually and personally enjoy teaching, by being the most confident version of yourself, you stand out from a crowd of applicants attempting to appear overly studious while missing out on portraying their wonderful personalities.

(*I’d like to add that May was recently awarded the Oxford Inspirational Teachers Award for the support and inspiration she provided me during my application process. I cannot express the lengths she went to help me, or the gratitude I feel towards her.)

In my time at Oxford I have been surrounded by some of the brightest minds of my generation. Everyone is genuinely quite lovely and I have countless friends, but I was not apprehensive to apply to Oxford because of its rough reputation. I was hesitant because I thought I would be excluded due to my Glaswegian, working-class background and the way it clearly shows in my character. I am not going to lie about this as I feel it is the single most important part of this article and to do so would contradict its whole point; painting a more honest picture of Oxford’s spirit. I have certainly never felt directly or intentionally excluded, left or singled out because of my background. Everyone is obviously very pleasant; it’s England. That being said, there are small, almost unnoticeable things that, if they were removed, I would feel that I fit in perfectly as an Oxford student and, importantly, more at home. As most regional students would attest to, having a regional accent makes you instantly recognisable and when this accent is as strong as mine, it becomes a character trait most people pick up on and tend to be hesitant to let go. Feelings that I am seen as uncouth pass my mind from time to time, the gentlemanly nature of Oxford’s rituals, its bourgeoise eating arrangements and event ambience, instils an inner sensitivity to seemingly normal actions that may be picked up on by others, serving to cement the stereotypes society associates with my background. Lastly, there is a clear gulf in my life experiences, compared to many of my peers. My stories take place in differently natured places, involve differently natured people, and are of a generally different nature. This presents a challenge in that, sometimes, cultural differences may unnoticeably exclude me from conversation, or make the type of conversation I try to make seem out of place. However, more often than not our differences are celebrated, rather than stratified. Of course, people from wholly different walks of life will experience a sense of friction in attempting to understand and appreciate one another. This does not mean that our attempted cohabitation is conflictual; quite the contrary. I feel that I have become closest to many of the people I would have gone into Oxford assuming the worst of, in regard to the differences in our circumstance. Providing each other with our own perspectives is an intrinsic part in living a free life; without experiencing new things, one can never experience life to its fullest. Thus, I hope I have made, and will continue to make clear, that the supercilious reputation Oxford has maintained, while not completely unfounded, is a side note to an almost wholly positive atmosphere, especially in colleges like Brasenose.

Outwith the atmosphere, ethos, and nature of Oxford living, I feel I must discuss the acts of attending the university and of living in the appropriately named 'City of Dreaming Spires'. The fact that I live so far from anything resembling home, is admittedly pretty jarring; it does become easier but I truly love my city, and the company of my family and friends, so I feel that returning on vacation will remain one of the sweetest releases I will experience for some time. That being said, Oxford is a truly beautiful and exciting city to live in and, had I not been born in Glasgow (the single greatest city in the world) I would never want to leave. There is also the matter of term-length. Oxford degrees are structured to have 3-4 years, with 3, eight-week, intensive terms every year. This has massive upsides and a few downsides. Firstly, term becomes quite exhausting around 8th week if one lives their college life to the fullest and, as such, the first week of vacation is typically shelved for rest. However, the amount of personal and academic growth one achieves from this intensity is genuinely amazing; the academic rigour paired with such a jampacked social life makes for quite the catalyst.

The parts of my university life that I enjoy most would be fairly easy to guess. I love spending time with friends down the college bar, at meals, in the JCR (junior common room) playing pool or FIFA, or out painting the town red, showing them how Glasgow does a night out. I thoroughly enjoy most of my course content. This year I have studied medieval European society, both Sociological and Anthropological approaches to history, as well as both practical and theoretical approaches to Politics. The great level of personalisation in my degree has made my studies incredibly enjoyable; my interest in the humanities in general is clearly represented while the practicality of my degree is retained with an emphasis on the studies of both History and Politics. The  tutorial system is something you would be well pressed to find elsewhere; to receive one-on-one teaching, so often, and to such a high level, is certainly the most beneficial part of the educational process. Also, taking part in various extra-curricular activities has made my college life even more gratifying. The great deal of independent living we are granted allows for the for the acting out of previously unfulfilled aspirations. This year I have performed in multiple college recitals, took part in the absolutely world-beating Brasenose rugby team, attempted to increase outreach for Scottish state-school students like myself through the wonderful Clydeside Project, and attended various music events both in and outside the university. The wide variety of activities that take place outside of the classroom/library make the social side of college exponentially better, there is genuinely something for everyone.  Further, the purpose-built, beautiful university town of Oxford has many wonderful traits that make my college life even better. As stated above, I love living in Glasgow as much as any person could, but Oxford is a replacement I am incredibly content with, given the fact that, surprisingly, Oxford and Glasgow are quite similar places. They are both fairly centralised, urban areas, have stunning historical works scattered throughout the city, vast commercial districts for both shopping and eating/drinking, as well as immense areas of flora and fauna, making me feel very at home – Glasgow literally means ‘Dear Green Place’ in Gaelic. Hopefully I have illustrated here how fulfilling, exciting, and entertaining my time in Oxford has been, contrasting the view that some readers may have entered this article with.

I hope that, through writing this, I may be positively impacting the view our society has on Oxbridge, so that many more young people, lacking in opportunity but no less bright than our peers, may obtain the fantastic opportunity I have been given, and that hopefully, somewhere down the line, elite British higher education might take its place at the top of the ‘Great Societal Equaliser’.