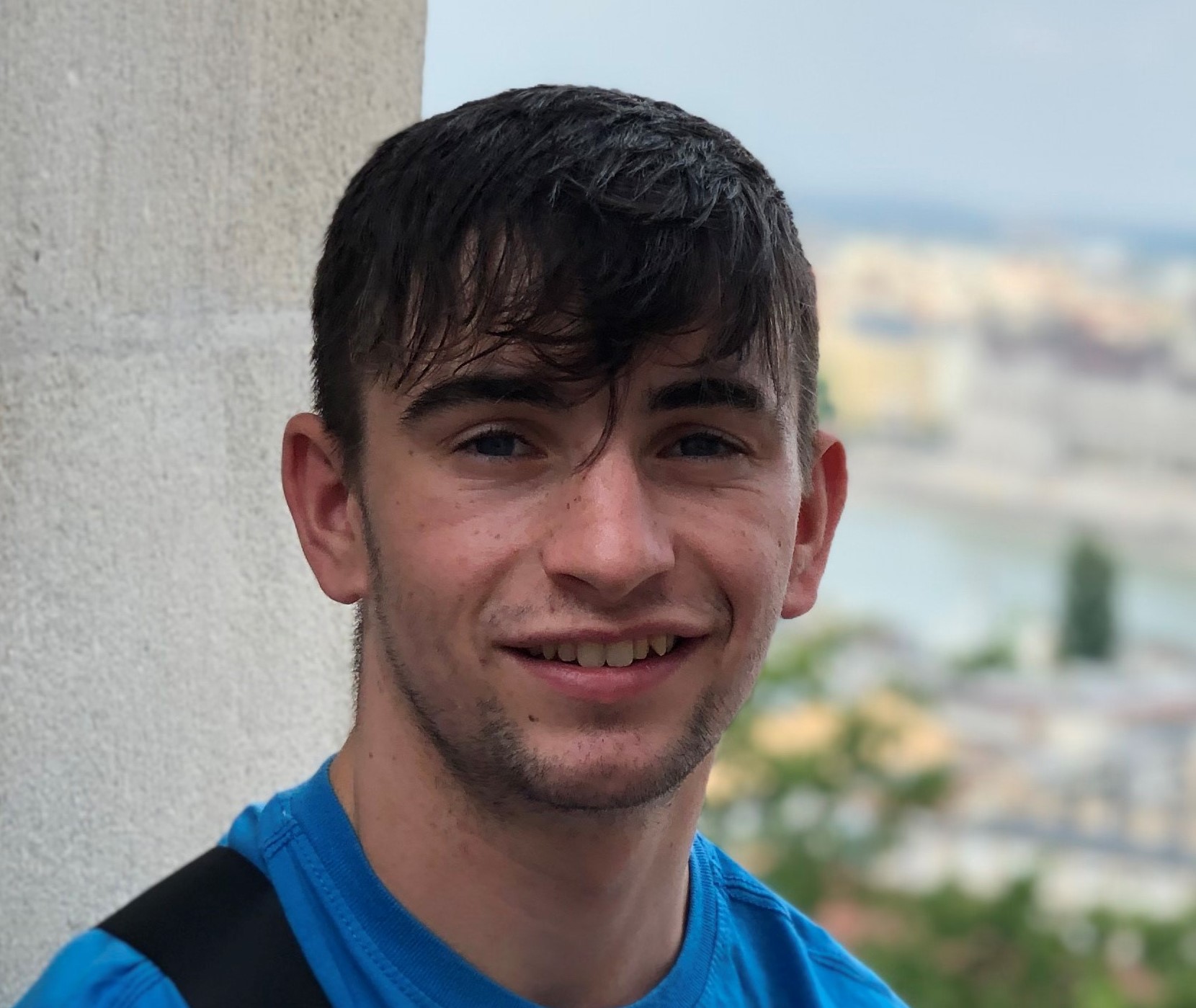 If you have somehow found your way here and just wanted a quick and snappy little summary of my first term as a medic at Oxford then here you go:

It was no doubt busy, intense, ram-packed and any other adjective you can think of synonymous to those but is a term that I wouldn’t change for the world. Academically, Oxford has pretty much been what I expected, I anticipated that I would be challenged and often feel out of my depth, I knew that some find the medical course quite bland and very scientific at times (but this scientific skew was something that appealed to me when applying) as it differs quite significantly to other medical schools and these things are true to this point. Socially, I’ve met people from all over the country and the world from different walks of life that are talented in ways that seem superhuman to me. I’ve managed to attempt to make the most of all the societies, talks and events going on around me weekly to feel content that I am trying new things and pushing the boat out. And it is for exactly these reasons that in hindsight I have loved it so much and am quite sad that it is over for now – admittedly, equally relieved though as to be frank I am exhausted.

If this doesn’t happen to be enough detail for you and the text filling the rest of your browser doesn’t put you off, then please read on for more ground breaking perspectives on the pivotal topic that is my first term at uni…

As mentioned, it was a busy ten-and-a-bit weeks, one week for freshers and eight subsequent weeks of teaching followed by a final hoorah in the form of helping around college over the interview period. In this time, I have: continued to play rugby albeit at college level (quite possibly my only regret being not trying for the university teams*, convincing myself I may, just may, have been capable of making the bench for the 3rd team, although this is most likely wishful thinking); gave University Challenge trials a go, to little success; picked up squash, darts and pool; spent a handful of evenings showing Oxford how we party up North; dabbled my hand at yoga and reading about rudimentary astrophysics and attended talks ranging from humanitarian aid to the applications of CRISPR in our world today (one for the biology and chemistry fans amongst you).

*It’s worth pointing out that University level sport is a larger time commitment and more serious than college level but is a great way to meet people from all over the university and so is part of the reason for my regret and many first years do get involved.

I won’t sit here and write saying that it was an easy term. Having to juggle everything, including that mentioned above and more, alongside your academics and doing so in a new environment that is completely overwhelming to you is hard, that’s a fact; I was lucky enough to have two others from my school starting as freshers at Brasenose as well, affording me a friendly face at first, a luxury most don’t have. In terms of workload and finding that hallowed balance aforementioned, I must confess, I’m still working on it and I will put my hand up and say I prioritised meeting people and trying to settle in over my course a little too often – ‘I could start my essay… or I could have a game or ten on the PS4 or pool table in our JCR’ (junior common room, somewhere I spend more time than I care to admit) often being the thought process. But life here really does seem to come down to that old cliché ‘work hard, play hard’.

I want to emphasise that I didn’t neglect my work, being at Oxford is unique in that there is a reason for you being there, you must have demonstrated a passion for your subject that the interviewers saw and that’s what helps to create the particular atmosphere that it is not peculiar to want to work and do well, although you would get a few sideway glances if you hibernated in the library. Medicine as a course has relatively more contact time than most other degrees but is fairly similar to other STEM subjects and is one I have enjoyed, certain topics more than others just as there are in all subjects as your interest goes through peaks and troughs. This being said, the tutorial system at Oxbridge helps to encourage you to enquire and delve deeper into your subject, independently finding what captivates you and so topics that superficially may have seemed basic or dull in a lecture can suddenly take on a whole new appearance to yourself and this is what I have learnt to appreciate. The opportunity to look into a topic and then be able to discuss it with one or two other students and academics or clinicians with 30+ years of experience in research or a variety of specialities (medicine specific) and doing this several times a week depending on subject and college is something that is an irrefutable privilege. It only goes to fuel your curiosity and appetite for your subject and is one thing that, in my opinion, makes Oxbridge so different to other universities.

The collegiate system is another aspect that makes life in Oxford so different to other universities and has undoubtedly been the primary source of the majority of my enjoyment so far. By living in such close proximity to so many other students across year groups and subjects, all of whom share a common, unifying trait with yourself - the college - a greater sense of belonging is nurtured and you rapidly become a member of a very tight-knit community which is welcoming, supportive and extremely sociable. I have thoroughly enjoyed my time at Brasenose so far, from my tutors, who provide me with immense academic and pastoral support, to the friends I have made, whether having met down in the college bar or on the sports field. Brasenose has provided a solid platform from which the rest of my entire university experience has spanned, making the transition from a relatively small sixth form in North Yorkshire to a large university much more manageable as well as providing support for me in whatever capacity I may need at every turn, from my college parents (the most iconic and endearing double act since the Chuckle Brothers) and siblings, welfare officers, the JCR committee, my tutors and many more.

As mentioned, there is help whenever you need all you must do is be willing enough to be helped, settling in however was still a daunting process and it took time and I am still finding my feet, but that’s not unusual. Upon arrival in Oxford I felt overwhelmed to finally be there, this was something I’d thought about for just over a year and now it had finally been realised and it was quite honestly surreal, almost too good to be true. Having no family members who had been to Oxford before, the lifestyle seemed worlds away, the jargon alien and the dress just excessively formal. I started to get into my own head, thinking about what people told me, especially regarding the male-private school stereotype of Oxford students and the hostile atmosphere that ensues if you aren’t ‘one of them’ but following my arrival all of this was quickly put to bed. This is not to say that you won’t meet people from such backgrounds but equally I don’t want to seem as though I’m dismissing the private-state school disparity exhibited at Oxford, but it is something that is being addressed and slowly improving. I felt too young to be at university, everyone around me seemingly so much more mature and composed, but I wasn’t alone in this and there was always lots going on to throw myself into both during and after Freshers’ week in order to help settle in to my new home and get to know those around me.

In all honesty I have taken time getting used to only living a stone’s throw away from both the library and my mates, and the dichotomy produced when deciding where I would rather spend my evening - no prizes for anyone who guesses the usual choice. This is what makes university so different to school though and for most people helps to make you feel more independent and mature (even if you don’t realise it) as you become the one who calls the shots and dictates how you spend your time – your tutors will make sure you’re keeping up and coping academically as they honestly do really care about you and your wellbeing but fundamentally it is your responsibility to take control of your education and find that balance I’ve alluded to already, however successful. Oxford had always seemed out of my reach and something of a pipe dream, but I am so pleased that I went for it as I couldn’t see myself being happier anywhere else.

There is a rich plethora of other things I could have spoken about and wish I could have but these are largely covered in other accounts and there is little point repeating them so go give them a read, I would definitely recommend it, particularly if you are interested enough to have made it this far. Medicine and university have certainly been somewhat different to what I might have expected but for the most part it has been better than I ever could have anticipated, and I can’t wait to see what the years ahead hold.