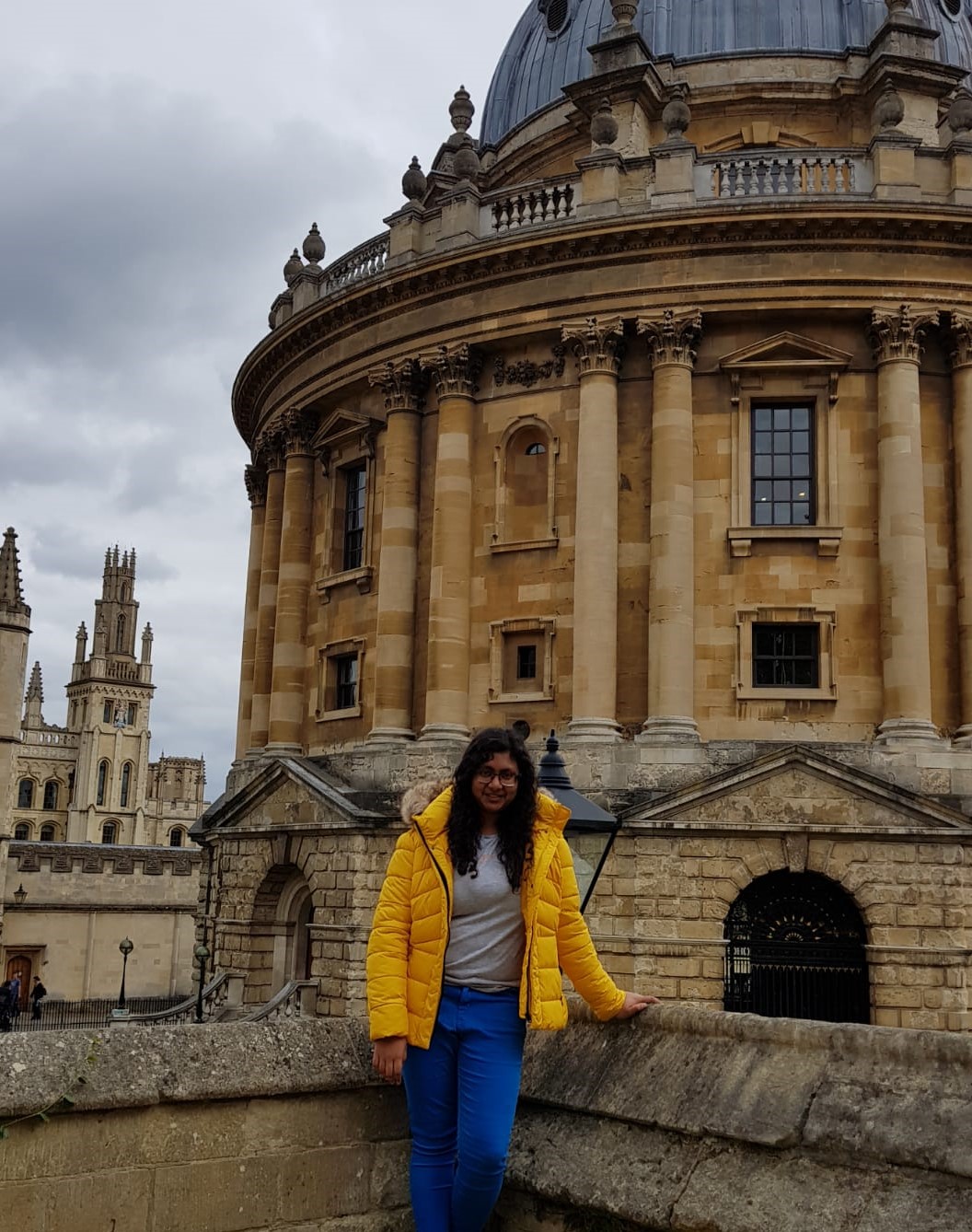 Two years ago, almost to the day, I wrote an article for this blog about my first two terms at Brasenose and at Oxford. Reading back what I said, the wide-eyed awe about the fact I was actually here practically drips off the page. Two years on, this feeling has not so much changed as evolved from one of wonder that I had actually earned the right to sit in these old halls and listen to these famous academics to a more comfortable, confident knowledge that I belong here; that Brasenose and Oxford will always be a home to me whatever paths I choose to tread from here on out. Often in the flurry of university open days and gleaming prospectuses, applicants are given a lot of information on what first year looks like, with precious little said in comparison about later years of the degree. In writing this I hope to redress that balance somewhat, given that the later years are just as real and a good way to look beyond the cookie-cutter promises leaping from the prospectus pages of every institution.

My first article spilt itself onto the paper; I was ready to talk about how wonderful every single cobblestone on Radcliffe Square was. Now that I’ve walked across the Square every day for three years – and on one particularly wild night got a foot stuck between two of the aforementioned cobblestones and badly sprained my ankle – I’m perhaps now in a better position to look back on my academic, social and extra-curricular life at Oxford in a more measured and holistic way.

Having finished studying all the content for my PPE degree and now staring my final exams in the face, I can unabashedly say the educational structure of Oxford has suited me down to the ground. Some of the most unique aspects of teaching at Oxford are the collegiate system (where every student belongs to a community of a few hundred students and tutors within which teaching is organised for each student) and the tutorial system (where the vast majority of said teaching occurs with one tutor and a group of one to three students). The tutorial system combines rigour with an astonishing amount of individuality; writing two essays or doing two problem sheets a week means that we cover a large amount of baseline ground in detail every term. However, later discussion of this work in a group of two with a tutor means that there is more than enough time to pursue the lines of enquiry that occurred to me whilst reading or to correct the mistakes in calculation that I have specifically made. The very structured first year of the course mingles well with the much greater range of freedom and choice in optional papers in later years as all students are given a thorough grounding in the tools and knowledge required to unlock the world of the social sciences before being able to choose exactly what they want to study from this vast world.

Studying PPE here has also allowed me to develop literary and numerate fluency alongside each other; my papers range have ranged from historical studies with long reading lists to a statistical paper that allowed me to learn some coding. After a lifetime of skulking in the back of maths classes hoping not to be picked on, the unfettered access to multiple tutors who knew me personally, thanks to the college and tutorial system, and the impossibility of being left behind when being taught in a group of two has finally given me a confidence in my mathematical ability that I never thought I would have. Perhaps the way in which I most benefited from the individualistic nature of learning was in the summer after my second year, when having come across a paper that offered a new theory of democratic institutions in the developing world, I felt that it had leapt to some conclusions on the basis of overlooking some statistical considerations. I asked one of my politics tutors if he would supervise me as I tried my own hand at expanding the statistics of the paper; a project he was happy and able to supervise given that he had taught me personally as one of a cohort of ten PPEists rather than having to be responsible for tens and hundreds of students as a lecturer. That summer project exploring the inner workings of democratic institutions was the start of a much deeper interest in the subject, which resulted in applying for an MPhil in Politics at Oxford this winter. Here, again, I was able to get individual feedback throughout the process from several tutors who had got to know me well enough to advise me and help me introspect until I had hammered out exactly what I wanted to research and why.

Over the last three years I’ve also seen that the academic side of Oxford is also deeply enhanced and supplemented by the people and the activities you encounter and engage with here. I have met and made firm friends with some of the most curious, passionate people. The truly communal living created by the college system has meant that for nine weeks at a time, I lived intensively amongst friends and forged firm bonds across years and across subjects through living through the most tumultuous years of our lives together in extraordinarily beautiful settings that, for these brief years, belonged to us.

Similarly, student societies here in particular are many in number and ambitious, often hosting multiple events each week and entirely sourcing their own funding. My involvement in societies inside and outside college have been a valuable experience in working as a part of dedicated committees and leading a team to achievements I had never believed myself capable of before Oxford. However, perhaps my favourite thing about extra-curricular culture here is that all of this dedication and competence goes alongside a firm commitment by all societies to the recruitment of complete beginners to their activities. This means that there is entry-level access to just about any activity under the sun; just in my third year, I have tried my hand at fencing, rugby and squash for the first time and have played in matches for the first two despite having picked them up less than eight weeks ago. Oxford is uniquely a place to throw yourself into the deep end without a second thought and watch yourself swim better than you ever thought you could.

All too often, Oxford – and indeed, Oxbridge – is portrayed as an active force by which privilege and power are entrenched. No doubt, there are systematic issues with inequality in education across the UK and how that translates to attainment at university level and beyond. However, it is perfectly possible – and often not talked about enough – that for a 17-year-old applicant without the political power to address such issues, Oxbridge can also be the ticket to equalisation. Arriving here in first year, it would be a lie to say that I was not faced with people whose schools had taught them more philosophy, politics and economics than mine seemed to have done and who seemed much more well-acquainted with the flair needed to push an idea beyond its original remit or draw in super-curricular knowledge to critique a data point. However, it was also here at Oxford that I learnt that I too was capable of doing such things and in time learnt to them. At Oxford, for the student willing to ask, there is almost everything to be had. Tutors here do not have office hours; they are willing to meet to help whenever you send the email asking. When teaching occurs in a group of two, it is impossible not to learn to throw in your own ideas and learn how to think and hone answers quickly. Perhaps I came to this university without the confidence and the ability of some, but I am poised to leave assured that I can stand on equal footing with the best of them. For the applicant concerned that coming to Oxford means not fitting in or being intimidated by incredibly intelligent people, this is the place to learn that there is no need to ever be intimidated or self-conscious.

Of course, this is easier said than done. Even if Oxford is an opportunity to access the education that some people have had all of their lives and thus infinitely redress the balance for yourself, there is still the worry that the path to this will be one of living in an ivory tower for three years, where students come from the same intimidating social background and where perhaps the infamous university experience must be sacrificed for hours spent studying away in a library. However, the conception of Oxford as such a homogenous place is a story that was true twenty, thirty, forty years ago but one that gets less and less true with every new admissions cycle. Over my three years here, I have seen societies for religious and cultural events and identities, feminist and LBGTQ+ societies and campaigns for students from non-traditional backgrounds for Oxbridge blossom and grow exponentially. Far from shying away from applying, this is the time to give it a go and perhaps be part of leading these pioneering changes. As for the Oxbridge workload, perhaps the greatest reassurance I can offer is that this article on the two-year anniversary of my first one was actually meant to be written for the one-year anniversary. Procrastination is alive and well here and if anything, somewhat a tradition.

Perhaps my favourite thing about Oxford is that it is a place where eccentricity thrives. As my undergraduate years draw to a close, I’ve tried several times to look back on my own vivid experience and condense it into a reassuring but succinct response whenever questions of fitting in and workload inevitably come up in visits to schools – my old one and others – and tours around college for potential applicants. Somehow, the answer always comes out in a garbled mixture of praise for the education that has served me so well, the friends I have made and experiences I’ve collected and passion with which pretty much anything of interest is approached here. To apply here can be one of the most daunting parts of a school career, but once here, most of these fears – fears that are probably on the minds of all freshers at universities up and down the country to some extent – are proven to be baseless. And once here, this is a university its students fall in love with for its freedom to learn exactly how it suits the individual involved; for the flexibility of societies to be as ambitious as they want to in their activities as long as they can pull it off, and for the streets and punts and pubs of the city that a thousand years of students before have made, in some small way, their own.