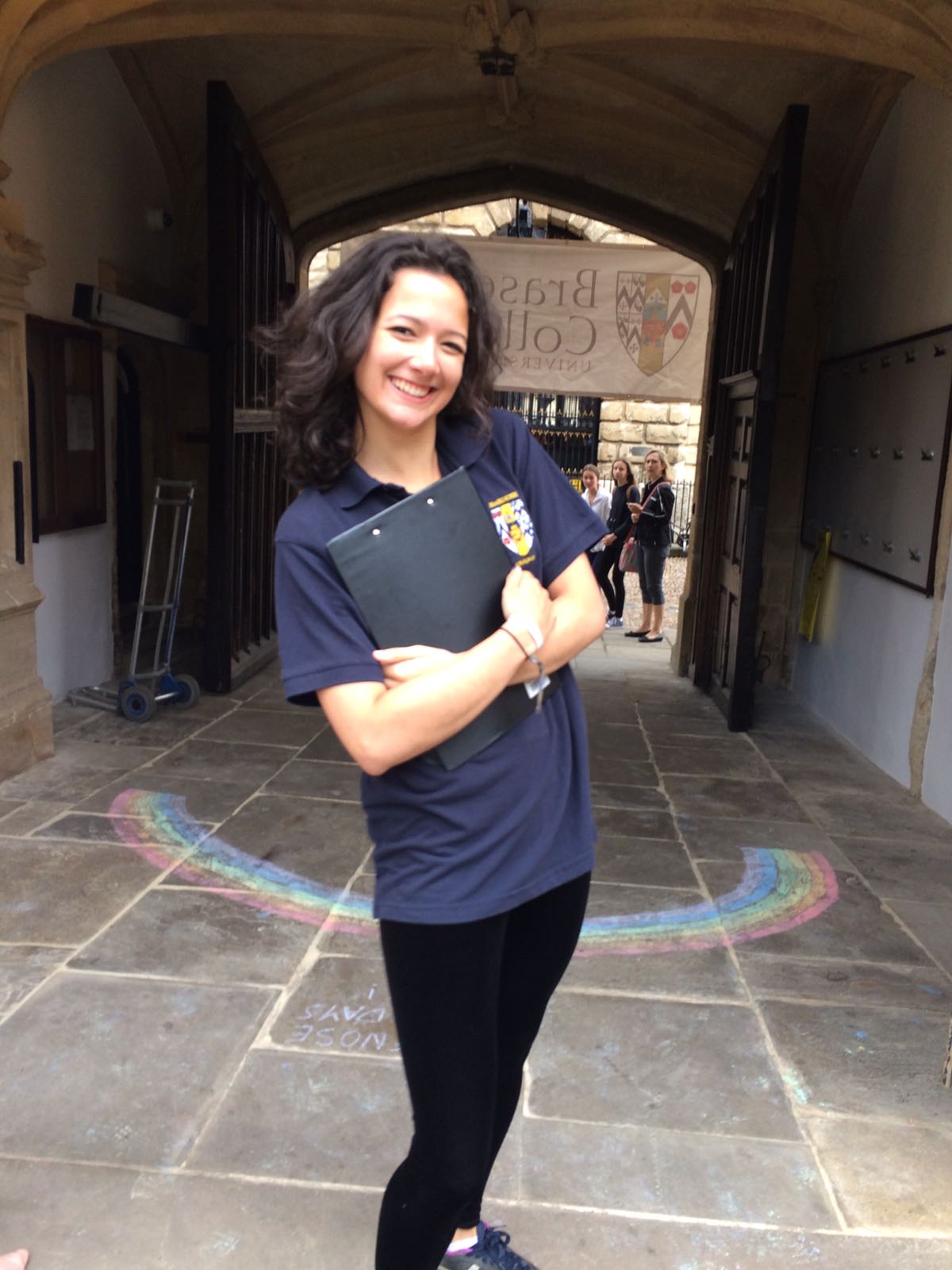 Last month I finished my final year exams and in just a few short days I will be leaving Oxford and Brasenose. It seems to have gone by so quickly, yet I’ve experienced so much here at Oxford. Three years ago I arrived at Brasenose College, and found it to be completely different to the state school I had attended in Sheffield. However, my naïve expectation that Oxford and everyone who went there would be posh and pretentious was soon proved wrong. Oxford can seem intimidating if you don’t know much about it, however, after just a few days at Brasenose I was overwhelmed by how friendly everyone is here. Looking back on my time I can’t imagine having had a better experience, or a better college to call home.

One of the great things about Oxford, and something that first attracted me to the University, is the college system. Unlike other Universities in the UK, where students live in halls or houses and have all their teaching in the main University, at Oxford we live in colleges, one of which is Brasenose. These colleges are also where we eat, socialise and have tutorials – hour-long conversations with our tutors about an essay we have written that week. The college system can be an intense experience, and it meant that after only two weeks of being in Oxford I knew not only the 100 students in my year but also students in other years. The main reason I applied to Brasenose is because of how friendly everyone seemed on the Open Day (we’re called the friendliest college in Oxford for a reason!), and because of its amazing location right in the centre of Oxford.

I studied Experimental Psychology, but another great thing about the college system is that you make friends doing all types of subject. One of the main differences between Sixth Form and University is that at University much of the study is self-motivated. I only had between 3-10 contact hours a week, made up of lectures and labs in the department, and tutorials in college. The rest of my study time consisted of independent reading and writing essays or completing worksheets – in first year this was two essays a week and one statistic sheet. In later years the number of essays we were required to submit decreased and I spent more of my time on my independent research project. This was one of the best things about the course - being able to spend a lot of time on the areas of the subject I found the most interesting. The amount of time dedicated to contact hours and to independent study differs vastly between subjects – with scientists having more contact hours than humanities students, but humanities students will often spend more time out of lectures and in the library.

However, Oxford isn’t just about work! Something that I was worried about before coming to Oxford is that there wouldn’t be any time for fun, but I was wrong! During my time here I have been bombarded with so many opportunities, both within the University and within Brasenose. Brasenose has a society for everything – drama, poetry, choir, LGBTQ+, photography… in addition to every sport you can imagine! Personally, despite having sworn before coming that I would never row because of the early morning sessions, I’ve rowed for all three years of my degree. Brasenose Boat Club is one of the Oldest in the world, yet it follows suit with the rest of Brasenose in being incredibly welcoming, with the vast majority of the club never having rowed before coming to Oxford. We also have a ‘JCR committee’, whose job is to represent the undergraduate community here at Brasenose. The arts rep organises ‘arts week’ each summer, and this year Ella and her committee organised garden plays, jazz on the quad, and life drawing (this year featuring reptiles!). Meanwhile our ‘Entz reps’ Maria and Joey are in charge of organised fun, and arrange biweekly BOPs (Big Organised Parties) where fancy dress is taken very seriously, a college ‘Take Me Out’ for Valentines Day, and this year they organised our very own festival – Frewchella, named after our 2nd year accommodation block, Frewin.

Overall, I’ve found Oxford to be incredible experience – and this is largely due to Brasenose. I’ve grown not only academically, but also in confidence. I’ve expanded my comfort zone, made life-long friends here, and tried so many new things. Oxford can, like every University, be a challenging environment, but one that I recommend wholeheartedly to everyone!