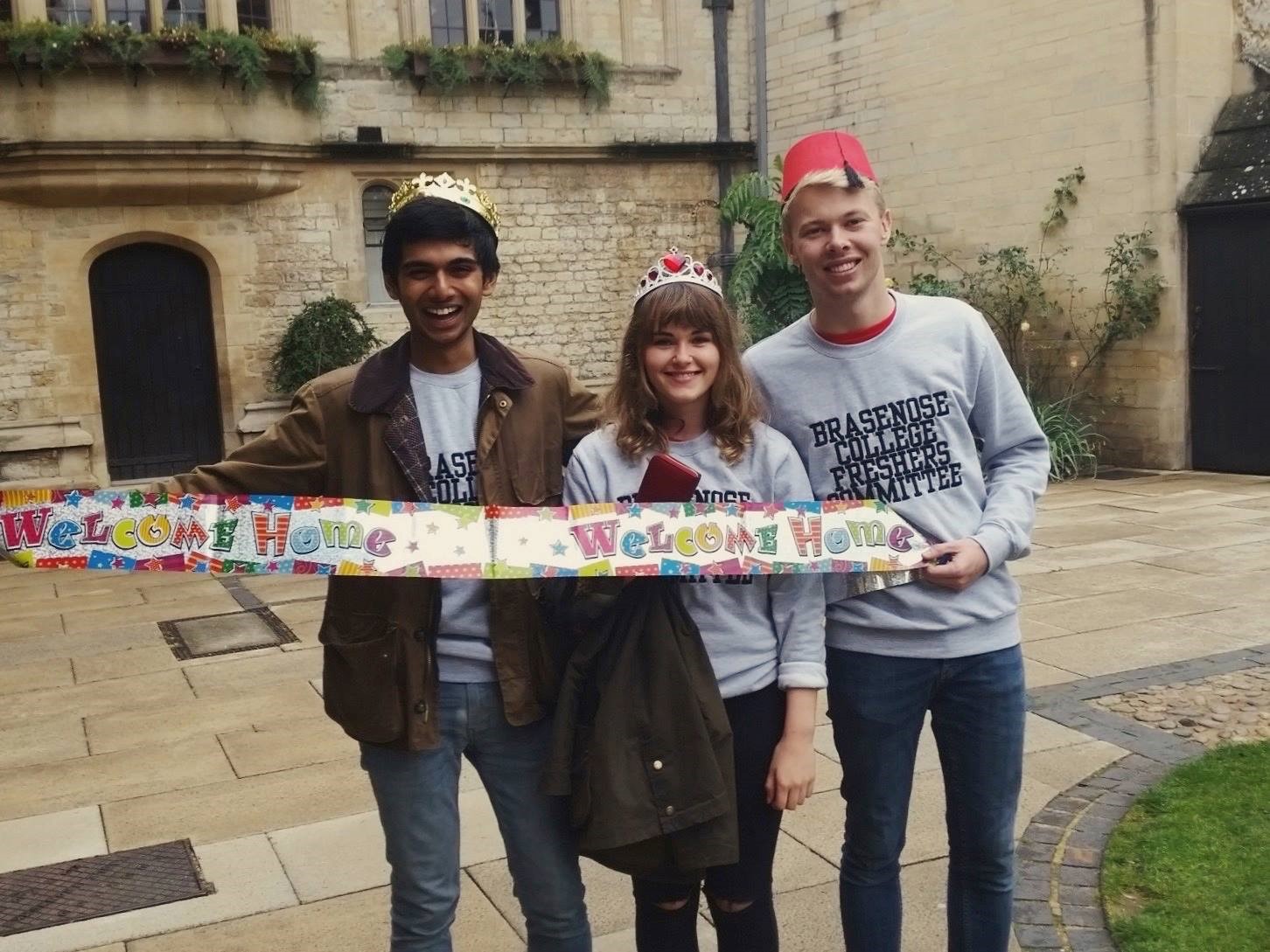 How to sum up my time at Brasenose? After 4 years at Oxford, countless lectures and tutorials, and a whole array of academic and social experiences, this is no easy task! However, having come to the end of my time at Oxford, I hope to be able to reflect upon these experiences and to share some of the highlights and the enjoyment that I’ve had during my time here.


Oxford is a world-leading university and so it’s no surprise that my academic studies whilst I’ve been here have been both challenging and rewarding. A busy schedule of lectures, classes and tutorials (the defining part of teaching at Oxford) has taken up a large part of my time. The maths course has been both interesting and varied – during the first two years there is a real focus on gaining a solid foundation of knowledge across a broad range of subjects. In later years, Oxford provides an unparalleled degree of choice, meaning I was able to focus on those parts of maths, Geometry and Topology, which I really enjoyed. The degree itself definitely stretches you academically but it is immensely satisfying, especially when you’ve finished a problem sheet that you’ve been stuck on for days or when you’ve made a break-through on a tough question in an exam.

However, although the academic work is intense, there is still plenty of time as a student to enjoy yourself and get involved in the numerous opportunities available to you across the university – the slightly cheesy ‘work hard, play hard’ mantra really does ring true at Oxford.

For instance, for the last three years I’ve sung as a choral scholar in Brasenose choir, one of Oxford’s largest non-audition choirs. Here, I’ve discovered a love of choral music and found a passion for singing that I’d never really been aware of before I came here. I’ve also performed in a number of theatrical productions whilst at Oxford. Every summer, Brasenose hosts an Arts Festival, a weeklong celebration of the arts in which numerous plays, concerts and exhibitions are put on around the college, and in past years I’ve performed in several Shakespeare plays during these weeks. I’ve also ‘starred’ (a tad dramatic perhaps…) in several university-wide productions, most recently the Phantom of the Opera at the Keble O’Reilly theatre. As well as being really good fun, these have also been great ways to meet interesting, like-minded students from across the university and some of the highlights of my time at Oxford have been both on and off the stage.

What else? I’ve tried my hand at student politics - during my 2nd year, I was the JCR (Junior Common Room) Vice-President, representing the views of undergraduates to college. As well as this, I’ve been heavily involved in access work over the years, helping out with school tours, open days and working on the UNIQ summer school. Coming from a state-school, I’m passionate about getting the best people to apply to Oxford, regardless of background; watching students who’ve never considered applying to Oxford become enthusiastic about their subject and the university has been the most rewarding part of these roles.

I could go on! At Oxford the fantastic thing is that there really is something for everyone – whatever your interest is, you can bet there’s a club or society that caters to it. I even tried rowing at one point, but soon decided that the 6am starts weren’t for me …

However, the best part of my time at Oxford has undoubtedly been the people that I’ve met whilst I’ve been here. Coming up in Fresher’s Week, it can be daunting seeing a sea of unfamiliar faces in an unfamiliar environment. However, I can undoubtedly say that I’ve made lifelong friends with many of those people I met in my first week (and since!) and they’ve played a large part in shaping both my experience at Oxford and also shaping me as a person. They’ve made the last 4 years a blast!

Looking back, I can’t help but be sad that my time at Oxford has come to an end, but I’m also excited by what the next chapter of my life has in store. At Oxford I’ve made some fantastic memories and friendships that will stay with me for the rest of my life, and I feel incredibly lucky to have been given the opportunity to study at such an amazing place and to have such a fantastic experience. If only I could do it all over again!

By Adam Carver (pictured right, with friends Jess and Sidd)