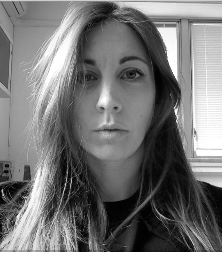 P. Maiolino received her Ph.D. in Robotics from the University of Genoa as well as her BEng and MEng. in Robotics and Automation. During her PhD she carried out research on the development and integration of distributed tactile sensor for robots, developing new technological solutions for artificial robot skin (CySkin). CySkin Technology has been shown at the “Robots” Exhibition at the Science Museum in London. From October 2017 to September 2018 she joined the Biologically Inspired Robotics Lab (BIRL) at the University of Cambridge, pursuing research related to soft robotics and soft tactile perception.

Perla Maiolino is interested in providing robots with the sense of touch. It is an essential modality that allows humans to interact with environment and people. it is used in manipulation and grasping of objects, whole body interaction, in exploration and in reactive behaviour (reflexes). Furthermore, it is important for assessing contact parameters such as shape, texture, stiffness and temperature of the touched surface, for developing awareness of the body and for automatic responses (grasp force regulation). Sense of touch is also crucial for guiding motor behaviour (e.g, from controlling the body to perceiving the environment, as well as learning about and interacting with it).

New generations of robots are expected to operate in the dynamic and unstructured environment even more in collaboration with humans. Robots operating in these conditions must exhibit advanced forms of interaction with objects and humans requiring novel solutions in human-robot interaction processes. In this respect soft robotic devices are of particular interest to the robotics community because they have advantageous properties such as easy fabrication, low-cost, light weight, high flexibility, etc., but characterising and predicting their behaviour is challenging due to the non-linear nature of the hyper-elastic material and their internal pressure. In order to control them it is necessary to monitor their kinematics, their interaction forces with objects in the environment and their internal pressure. For these reasons, Perla's research is focused on the design of new technological solutions for tactile sensors to be integrated on soft robots. These soft tactile sensors will improve tactile based control of soft robots and will allow to investigate aspects such as sensory-motor coordination and how action and perception are coupled in a soft embodiment which are at the base of the effective utilisation of touch sensing for improving cognitive skills of robots.